A Ditch, A Bus And A Fastest Stage Time For Osian In Africa

Kenya threw all it could at Osian Pryce today, yet he still set a fastest stage time – despite overtaking a school bus – to hold a class-leading top 10 position on the East African Classic Safari.

It was a typically crazy day of rallying in Africa where you can expect the unexpected. But after eight gruelling days of competition, bizarre has become the norm for Pryce and co-driver Dale Furniss, as they continue their storming run in their Minti Motorsport Ford Escort RS1600.

“It’s been a character building day,” admitted Pryce. “We got off to a good start setting the third fastest time on the opening section. I was happy with that as I felt that I hadn’t driven well.

“However, the second stage was a complete disaster, and it was bound to happen at some point on the event. We had an amendment that was wrong in the road book that stated that there were two ditches after a slow jump. Turns out one of them was before it, and under braking we hit it and broke the traction control arm. Massively frustrating!

“We repaired the car, took a stage maximum and made it to the final stage of the day on time, with a slight bend in the steering still, but we were glad to be running again.

“As we got ready to start the final stage of the day, little did we know that the real drama was yet to come. The marshals had been holding a school bus from going into the stage in front of competitors ahead of us, but when we went to the start line they let the bus go! Inevitably we caught the bus driver a few kilometres in, who had stopped and blocked the road to have a chat with his mate! He eventually moved after a few strong hand signals….

“About twenty kilometres into the seven-five kilometre stage we caught the car who had started in front of us, who didn’t move out the way for a while on a rough section. After this we tried to make some time up in the slower sections, before a bonnet pin sheared off, meaning that we had a half open bonnet on one side of the car for half of the stage. Praying it wouldn’t snap off completely, we maintained a steady pace to the end, to find out, with all the problems, that we had set the fastest time!.

“It goes to show that you must never give up.

“In the end, it was a very rewarding and tough day. We have dropped a position but we are still leading the class. One more day to go!” 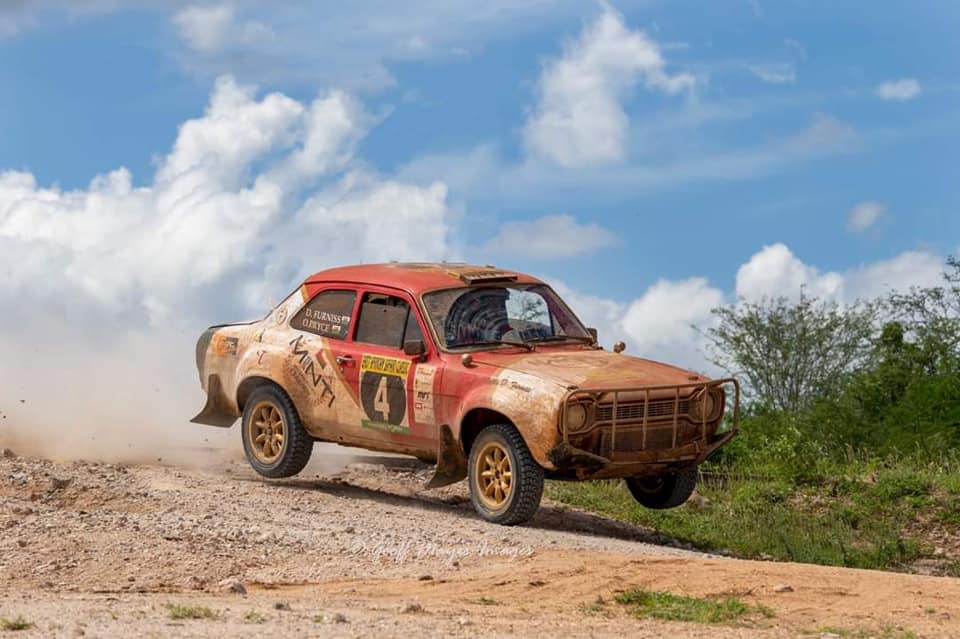