Another BRC podium for Osian

Osian Pryce took his new Michelin-shod Volkswagen Polo GTI R5 to its second British Rally Championship podium finish in as many events, when he finished a very close third on the Nicky Grist Stages.

He and Irish co-driver Noel O’Sullivan made a great start to their first gravel event in the Melvyn Evans Motorsport-prepared car, and led after the opening flat-out blast through Llyn Login 1.

Osian and Tom Cave (Fiesta Rally2) were tied for the lead after SS2 (Monument 1) before the 28-year old Machynlleth born driver was slowed by pockets of dust in SS3 and 4 (Halfway 1 and Crychan 1). It was the same for both drivers, with Osian sportingly acknowledging that Cave had maybe taken a few more risks when vision was impaired. And when there was no dust, nothing could separate Osian, Cave and Matt Edwards (Polo GTI R5), who was running dust free as car number one.

Osian started the repeat loop of four stages in third position, just five seconds behind Cave and seven seconds behind Edwards – as the top three pulled away from the rest of the field.

And with every mile Osian became more comfortable and confident with the Polo GTI R5 on gravel – setting joint fastest time (with Cave) on the eighth and final stage.

After all 44 stage miles of the Nicky Grist Stages had been completed, Osian finished third – seven seconds behind Cave (in second) and 12 seconds behind the winner Edwards.

Osian is the only driver to score a podium finish on both rounds of the BRC this year – putting him in a very strong position in the points table. And with only two rallies and less than a 100 stage miles in total under his belt in his new Polo GTI R5, there is much more to come from him and the car.

“I’m delighted with third, and a second British Rally Championship podium in as many events, especially against such a quality field here on the Nicky Grist Stages,” said Osian.

“We had a good start and led after the opening two stages, but on the second part of the opening loop we were hampered by a little bit of dust.

“It was the same for both myself and Tom [Cave], so maybe he took a few more risks in the dust. It kind of decided the rally, because the last stage had no dust whatsoever and we were faster than Matt [Edwards] and set equal time with Tom. But it is what it is and the three of us were very close throughout the day, so it was a very good and enjoyable battle. And it was just great to be out rallying in the Welsh forests again, after such a long time away.

“For our first gravel event in the Polo GTI, we are very pleased with the result. We’re still getting used to the car and the Michelin tyres. Tyre wear was a little higher than we’d expected in the afternoon for example, but we’re learning all the time and there is a lot more to come from me in this car, so in this early stage of the championship everything is going pretty well.

“We’ve got a lot of groundwork and learning done on the Nicky Grist Stages and that will put us in good shape for the next round of the BRC. The Grampian Forest Rally [on Saturday 14 August] is also gravel and quite fast as well, so this event has been massively beneficial for us moving forward.

“Two podiums from two events is a strong start to the championship and consistency is already there. I really felt that I was starting to get on top of the Polo GTI on the closing stages of the Nicky Grist, and that is a good confidence boost heading to Scotland for the next round.” 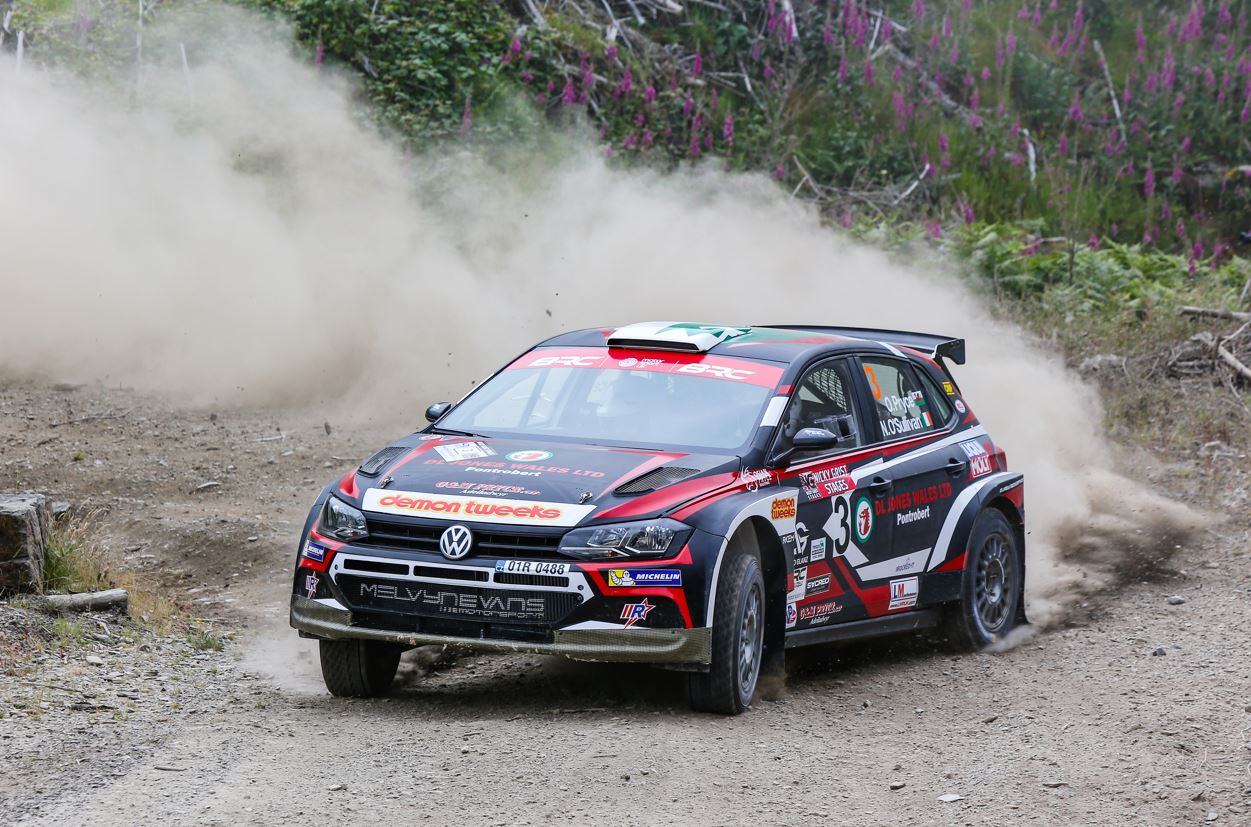