Osian Pryce will give the VR4K Oreca FIA R4-spec car its international competition debut this weekend, when he contests the Rallye Ciudad de Granada.

Co-driven by Dale Furniss, Pryce will drive an Etios R4 on the penultimate round of the Spanish Gravel Rally Championship. The event will be the 25-year old Welsh driver’s first overseas gravel rally since he finished fourth in WRC2 on the 2017 Rally Finland (M-Sport Fiesta R5).

The R4-spec Etios that Pryce will drive will be run by Barcelona-based ASM Motorsport – a team that has created a separate R4 Rally Cars Division, dedicated to the construction, on-event running and worldwide growth of the new FIA-homologated category.

Until now, R4-spec cars have only been seen in public running as course opening ‘zero’ cars – in fact, the same Etios R4 that Pryce will drive on the Rallye Ciudad de Granada was driven by Stéphane Sarrazin on the Rallye du Var last year, as part of its initial test and development programme.

The Rallye Ciudad de Granada will be a good test for the R4-spec car – which has been developed as an affordable car to fill the void between lower-powered two-wheel drive rally cars and the more powerful and expensive four-wheel drive R5 cars.

Osian said: “It’s nice to be asked to give the R4-spec car its world competition debut, and it’s come at the right time for me as I’ve been working hard on getting back to four-wheel drive international competition. I visited the ASM Motorsport headquarters last week to see the car in the workshop, and my first impressions were extremely good. When you sit in the driver’s seat, everything feels just right and you can instantly tell it’s a very cleverly designed and extremely well engineered car. It feels very driver friendly inside the cockpit, with a good interface on the dash – you just sink into the car and it immediately feels part of you. It really looks like it has all the ingredients to be a very good and competitive car.

“I’m looking forward to driving the R4-spec car for the first time, but that won’t be until the official rally shakedown on Friday. We hope to do as many passes over the shakedown stage as possible to get used to the car as best we can in such a short space of time. The event itself will be a good challenge, as are all the Spanish Gravel Championship rounds. The stages look to be more twisty and technical rather than high speed, so it will be extremely interesting to see how the R4-spec car compares to the more powerful, and more expensive, cars around us.

“It’s about sixteen months since our last overseas gravel rally in a four-wheel drive car, so Dale and I are super excited to be out competing on the international stage once again – especially as we’ll be making rally history by giving the R4-spec car its world competition debut.”

Álex Sabater, CEO of ASM Motorsport, said: “The world competition debut of the FIA R4-spec car is a very important step in the evolution of the new category and our new R4 Rally Cars Division. We are delighted to have Osian Pryce drive the car on the Rallye Ciudad de Granada. The event has received a very good entry, so it offers a great opportunity to compare the R4-spec car for the first time on an event against R5 cars from Ford, Škoda, Peugeot and Citroën. It will showcase to the world this exciting and affordable new formula, which ASM Motorsport is now fully focused on the development, build and running of these exciting FIA R4 rally cars.”

There is just one pass over each stage during the recce on Friday (2 November), before a ceremonial start and the first of nine stages in the evening, which is located near the IES Severo Ochoa part of the city of Granada. The remaining eight stages will take place on nearby gravel roads on Saturday (3 November). 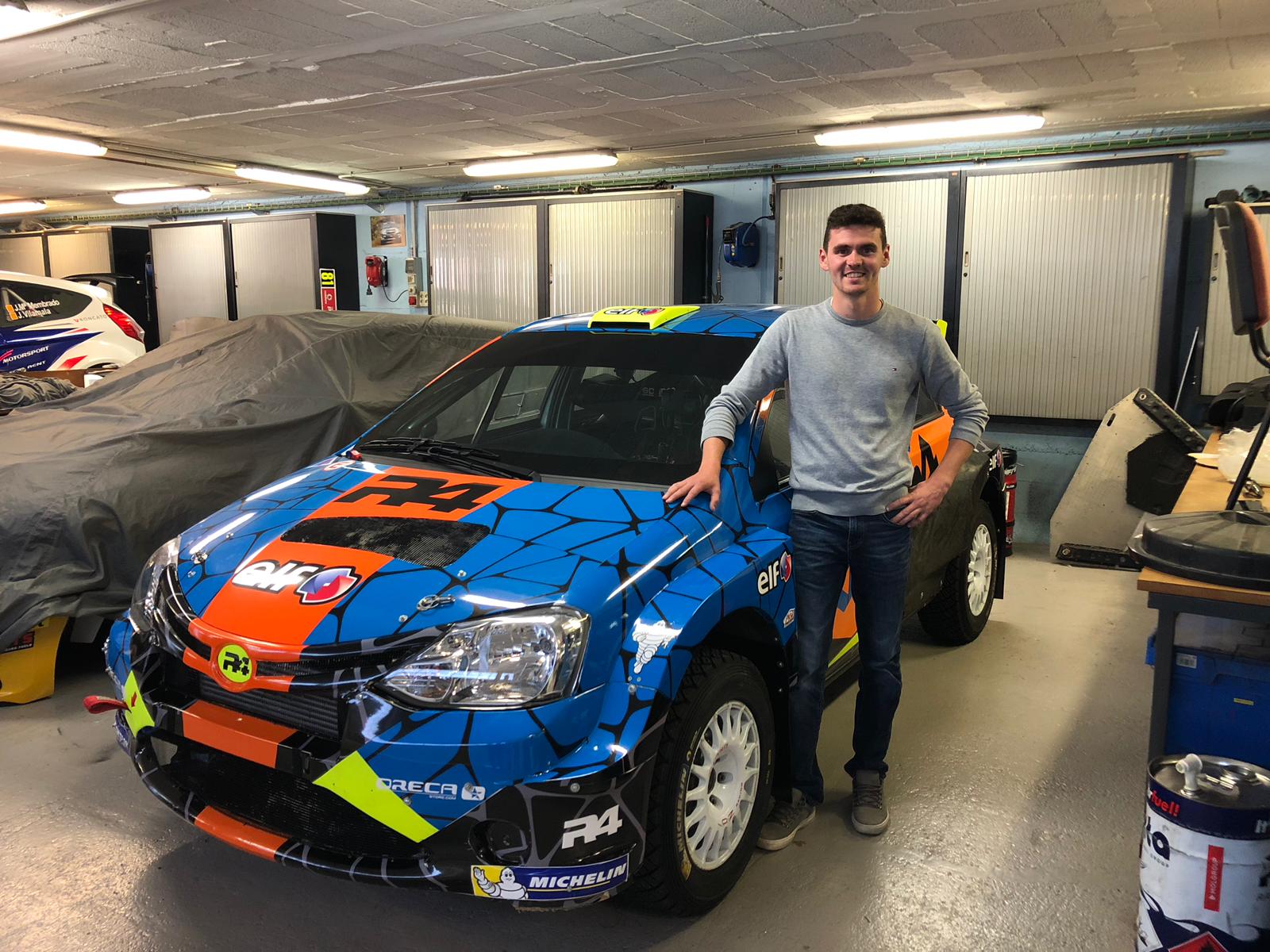