Osian Pryce will bounce straight back from finishing runner-up in the British Rally Championship by aiming for victory on the Roger Albert Clark Rally.

This year’s five-day and 351 stage mile event will be the longest special stage rally in Great Britain for 30 years (since the 1991 Lombard RAC Rally in fact) and Osian will contest the event for the first time in a RallyXtreme Ford Escort Mk2.

He gave the car a shakedown run on the recent Rallynuts Stages and finished ninth overall and won the historic class by 38 seconds.

Never one to dwell on what could have been, the RAC Rally starts just five days after Osian missed out on the British Rally Championship drivers’ title by just five points.

Despite being the only driver to finish on the BRC podium on all six events leading up to the final round, included two maximum points finishes, the five scores to count from seven rallies rule meant that Osian either needed to win the final Ulster Rally or for rival Matt Edwards not to win.

The two Melvyn Evans Motorsport stablemates were in a class of their own and in an incredible battle for victory, over two minutes ahead of the rest of the field.

On stages that he’d never rallied on before, Osian led the Ulster Rally twice – firstly by setting the fastest time on the damp opening stage.

A heavy shower of rain during the middle loop made the road conditions even more treacherous, but on Michelin slick tyres Osian took 10 seconds off Matt on the 13.47-mile Bronte Homeland 2 stage (SS5) to regain the lead of the event.

On the third and final loop of three stages Osian was second, 9.1 seconds behind Matt, heading into the penultimate stage.

A repeat performance through Bronte Homeland (SS8) would surely have given Osian the lead going into the final stage, but unfortunately he left the road at a tight right-hand corner mid-way through the stage, where Cavehill Lane meets Ballynafern Road.

With the Polo GTI R5 stuck in a muddy field, it was the end of Osian’s BRC title aspirations, yet his first BRC season since 2017 had netted him and co-driver Noel O’Sullivan the runners-up position.

“Having been out of an R5 car for two years and away from the BRC for four, I have to be pleased with the season we’ve had and I certainly don’t regret anything that’s happened,” says Osian.

“I’d rather be fighting for victory and put the car on its roof than be two minutes behind and not understanding why!

“I think we were a little unfortunate to go off where we did. We’d been in fifth gear for a long time and there was a crest and eighty metres to a tight square right. I hit the brakes at exactly the same place as we’d done before. There was good grip and I was just thinking to myself that we’d got the corner perfect again when the car started to slide with about fifty metres to go before the corner.

“As it was a T-junction there was no escape road, so I threw the car sideways and it hit the bank square on my side. Unfortunately we were still going fast enough for the car to go through the hedge and drop down into a field.

“We came to rest upside down. It’s only the second time that has ever happened to me and the first time for Noel!

“Unfortunately the suspension on my side was broken so even though we rolled the car back onto its wheels we couldn’t drive it.

“The crash happened at half-past four in the afternoon and we didn’t get back to service until eight o’clock that night. At one point we had two tractors trying to get the car out of the field – it wasn’t the way we’d hoped our BRC would end!

“I’ve really enjoyed driving the Volkswagen Polo GTI R5 this year and now we finally feel at one with it we’d certainly like to rally it again.

“The mindset ahead of the Roger Albert Clark couldn’t be more different of course, as we’re going there to have a lot of fun.

“Compared to the Polo, there isn’t much you can do to a Mk2 Escort in terms of set-up and if you’re not doing well it’s because you’re not driving fast enough!

“I haven’t had a chance to look at any of the stages yet, but the plan will be to get through the first three days and make sure I get back into Wales.

“Sunday’s stages are in my back yard, so I’ll have a lot of friends and family out watching. They’ve supported me all through my career and especially this year, so I want to be there and put on a good show for them.

“It’s a good entry and there are some very good drivers out trying to win it. Whilst it’s a bit of fun, I have to admit that winning the RAC Rally would look very nice on my CV, so we’ll give it our best shot – as we always do.”

This year’s Roger Albert Clark Rally starts in Carlisle on Thursday 25 November and goes straight into Kielder forest for the opening loop of stages. The event stays in Kielder for Friday (26 November) with long and demanding stages like Pundershaw and Bewshaugh. The event then heads into Scotland on Saturday for more classic tests such as Ae, Twiglees and Craik before the route heads to Wales for the final two days of competition. Sunday’s stages include Dyfnant, Gartheiniog and Dyfi forests, while the final day on Monday (29 November) will see crews tackle Epynt, Halfway, Crychan and Gwibedog before the event finishes in Carmarthen town centre. 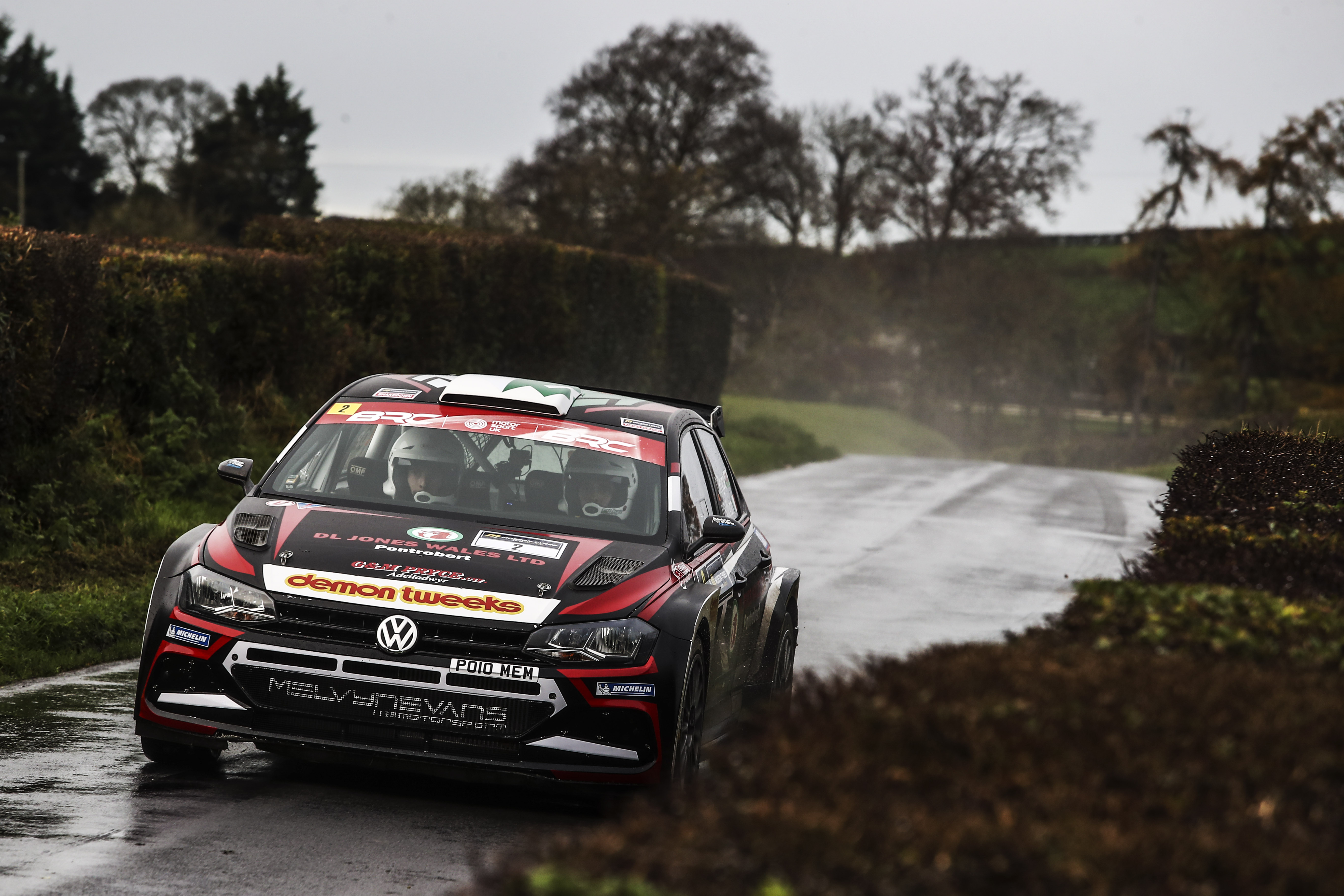 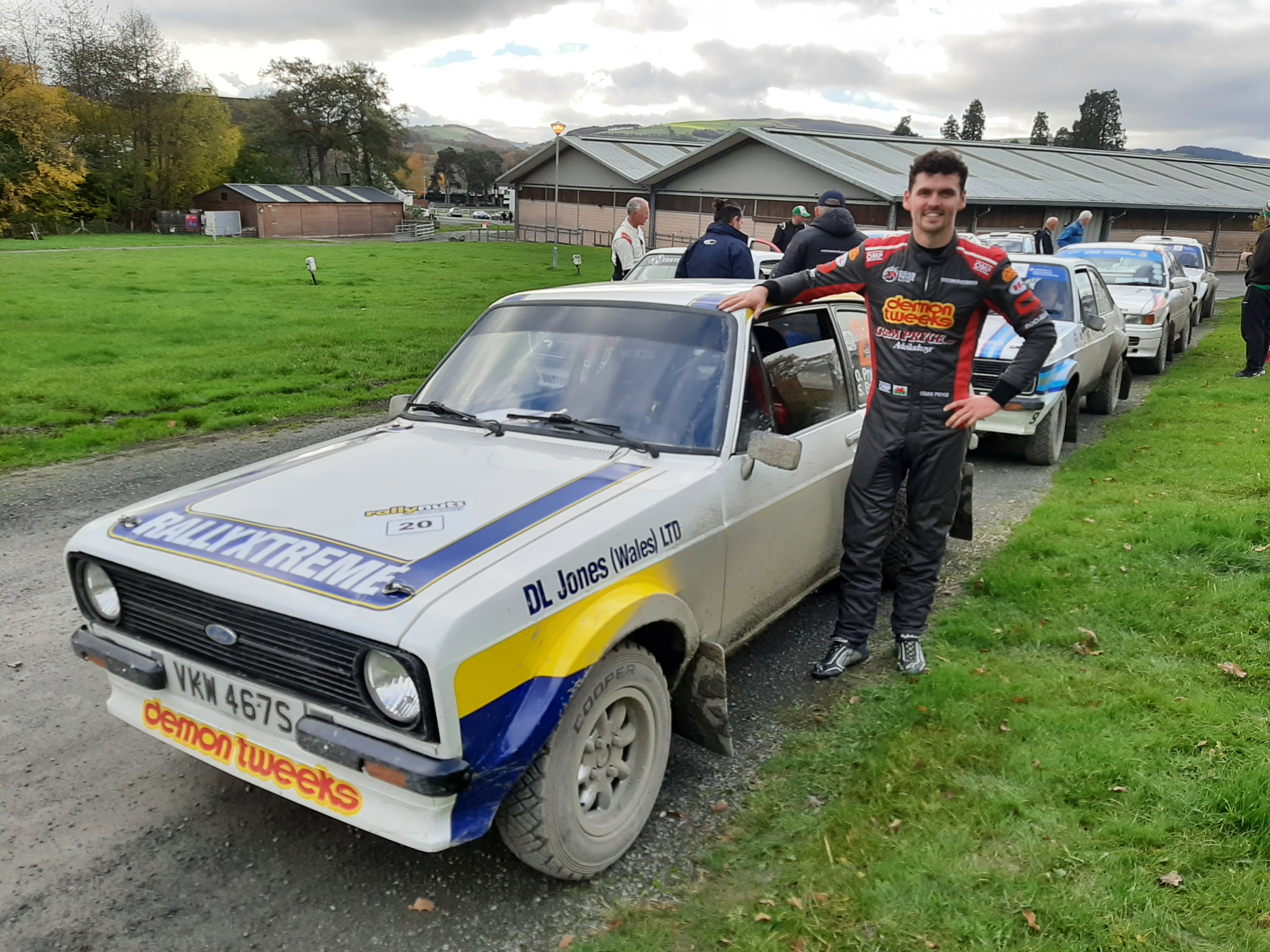 One step away from becoming British Rally Champion!