Osian Pryce heads to the bewitching night time challenge of the mythical Beatson’s Building Supplies Mull Rally (8-10 October) in the lead of the British Rally Championship – and despite never having contested the event before he hopes to turn on the points-scoring magic once again in his Volkswagen Polo GTI R5.

Osian is the only driver to have finished on the podium in all four rounds of this year’s BRC and he knows that with scores to drop come the end of the seven round series that a first maximum BRC points score of the season on the Isle of Mull will be extremely well timed.

Partnered by Noel O’Sullivan, who also tops the BRC co-drivers’ standings, the longer event format could play into Osian’s hands as he brings with him a vast amount of three-day World Rally Championship event experience.

He excels at driving in the dark, which is an advantage as nine out of the 17 Mull Rally stages take place at night, while the 28-year old Machynlleth born driver is also very much at home on closed road stage events. In fact, the last such event that Osian contested was the Rali Bae Ceredigion in September 2019, which he won in a Hyundai i20 R5, prepared and run by the BRC Teams’ cup leading squad that he continues to drive for, Melvyn Evans Motorsport.

Victory might have just escaped Osian so far this year, but he has quickly got to grips with his new for 2021 Michelin-shod Polo GTI R5. His pace on the recent Trackrod Rally Yorkshire was remarkable, for after losing time with an overshoot on the opening stage he stopped the clocks 28.9 seconds faster on the second run through the 11 mile Dalby forest stage to overtake Matthew Wilson in a dramatic finale and claim second place by 0.8 seconds.

Osian has also finished second on the Grampian Rally and third on both the Neil Howard and Nicky Grist Stages to lead the BRC drivers’ standings by four points, with three rounds remaining.

Mull is an event that every British rally driver wants to win. While Osian will be trying his hardest, winning against such strong local opposition on his first attempt at the event could be a tall order – and so the battle for BRC points will take priority.

“Going to Mull for the first time is a very exciting prospect,” says Osian.

“It will be a new event for most of the BRC competitors and of course the local drivers will be very quick over there – but we probably won’t get into too much of a battle with them and concentrate on the BRC, which is the priority.

“I enjoy rallying at night, so the long dark stages should tick our box and unlike on the Trackrod I’m guessing that there won’t be any dust! Hopefully the weather will be kind to us too.

“Being a longer event, Mull will give me time to get into the event and, if we need to, claw back any time. We’ve seen this year on the shorter rounds of the BRC that Matt [Edwards] is very quick off the mark whereas we take a bit of time to get it right. Okay, losing time on the opening stage of the Trackrod was my stupid mistake and without that we’d have been right up there, but I think Mull will suit me better. It’s a little bit more like a World Rally Championship event and I’ve got a lot of experience at that level. Longer events are certainly something I enjoy.

“Mull is certainly an event that I’ve always wanted to do and I’m very much looking forward to it. I’ve heard that there is always a big rush to get off the island after the event, but you won’t see me in the queue for the first ferry off the island as I’m taking the opportunity to have a little holiday before I come home. It will be nice to see the Isle of Mull in daylight – and at a slow speed!”

The Tobermory-based Mull Rally starts on Friday 8 October at 19.30 and goes straight into five night time stages totalling 50 miles before Leg 1 comes to an end at 00.33. Leg 2 starts at 11.20 on Saturday 9 October and contains a further eight stages totalling 51.5 miles. All of these stages are run in daylight, before a short rest halt at 16.51.The third and final Leg 3 starts later the same day at 21.30 and contains a final four stages totalling 46 miles all run in the dark. This final leg contains the Calgary Bay/Loch Tuath stage which at 21.89 miles is the longest of the rally, while the 15.30 mile Glen Aros/Achnadrish stages provides a challenging sting in the tale. That final stage starts at 01.22 on Sunday (10 October) morning, with the finish ceremony to follow. 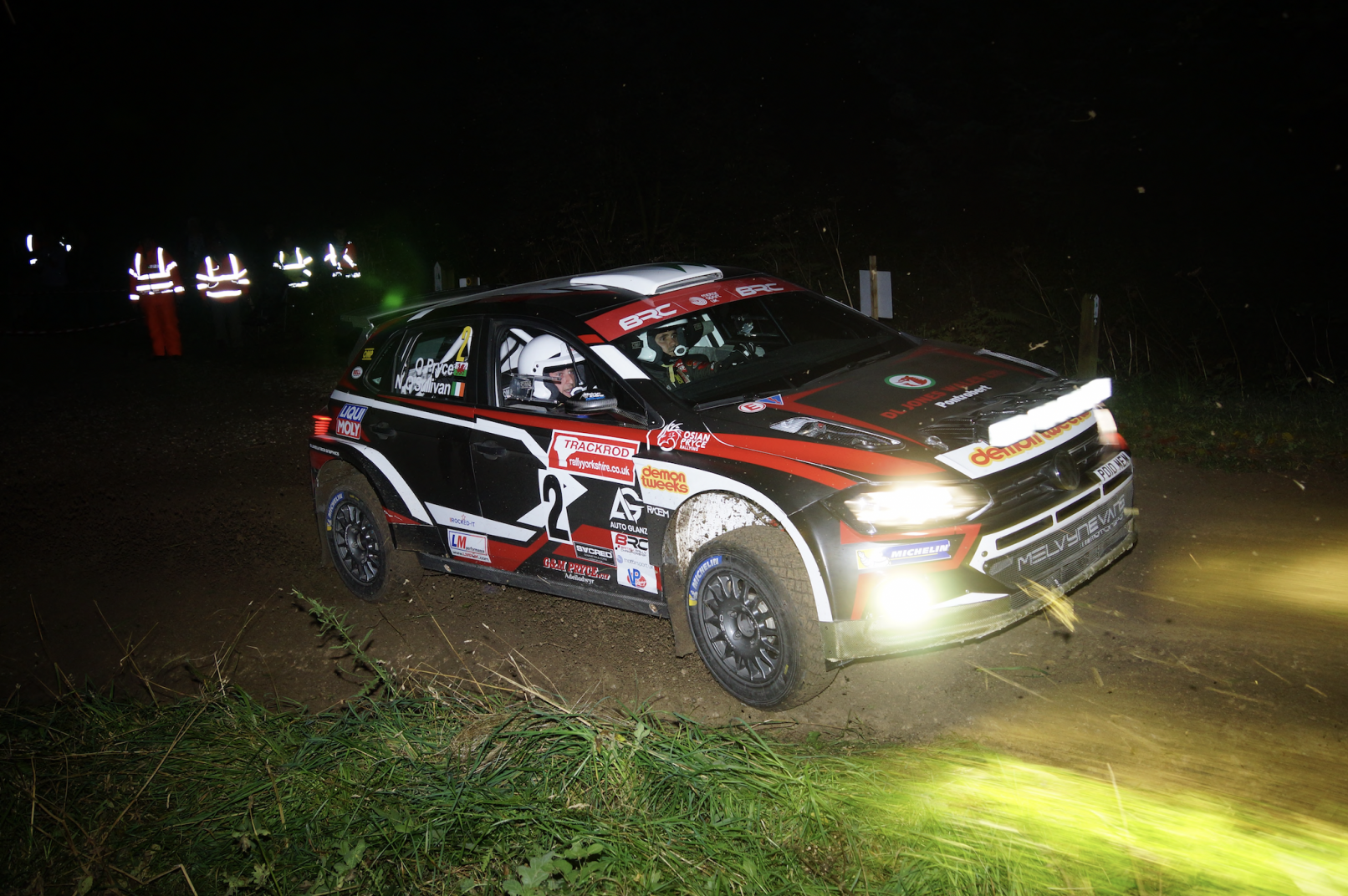