Osian Pryce has claimed victory in the Historic B class at his first attempt at the famous La Carrera Panamericana road race in Mexico.

Co-driven by Claire Williams, the newly-crowned British rally champion completed the 3,500km route in a 1963 Jaguar Mk2, run by the Apparently Racing Team.

The event started from the Gulf of Mexico port city of Heroica Veracruz and finished seven days later in Durango, a small city near the New Mexico border.

“We completed every stage on every day, all on time across the 3,500km route which is an achievement in itself.

“Thanks to all the team who kept us going over the seven days, and to the trusty Jaguar for getting us around with no major issues at all.

“The final thanks goes to Claire. Navigating this whole route has been the biggest task of all, and probably the most difficult I’ve seen. This result is mostly down to her hard work

“The Welsh flag has been flown quite a lot this week.

“It’s been great to have so much support from people on the other side of the world, and to have made so many new friends and met so many great people.”

“We flew the flag for Wales and British rallying over the last seven days and on our first attempt at La Carrera Panamericana and we took the Historic B win.

“Something very special and no easy feat on the hardest, most challenging rally I have ever done!

“Honestly, I wouldn’t have wanted to do that with anyone else that Osian.” 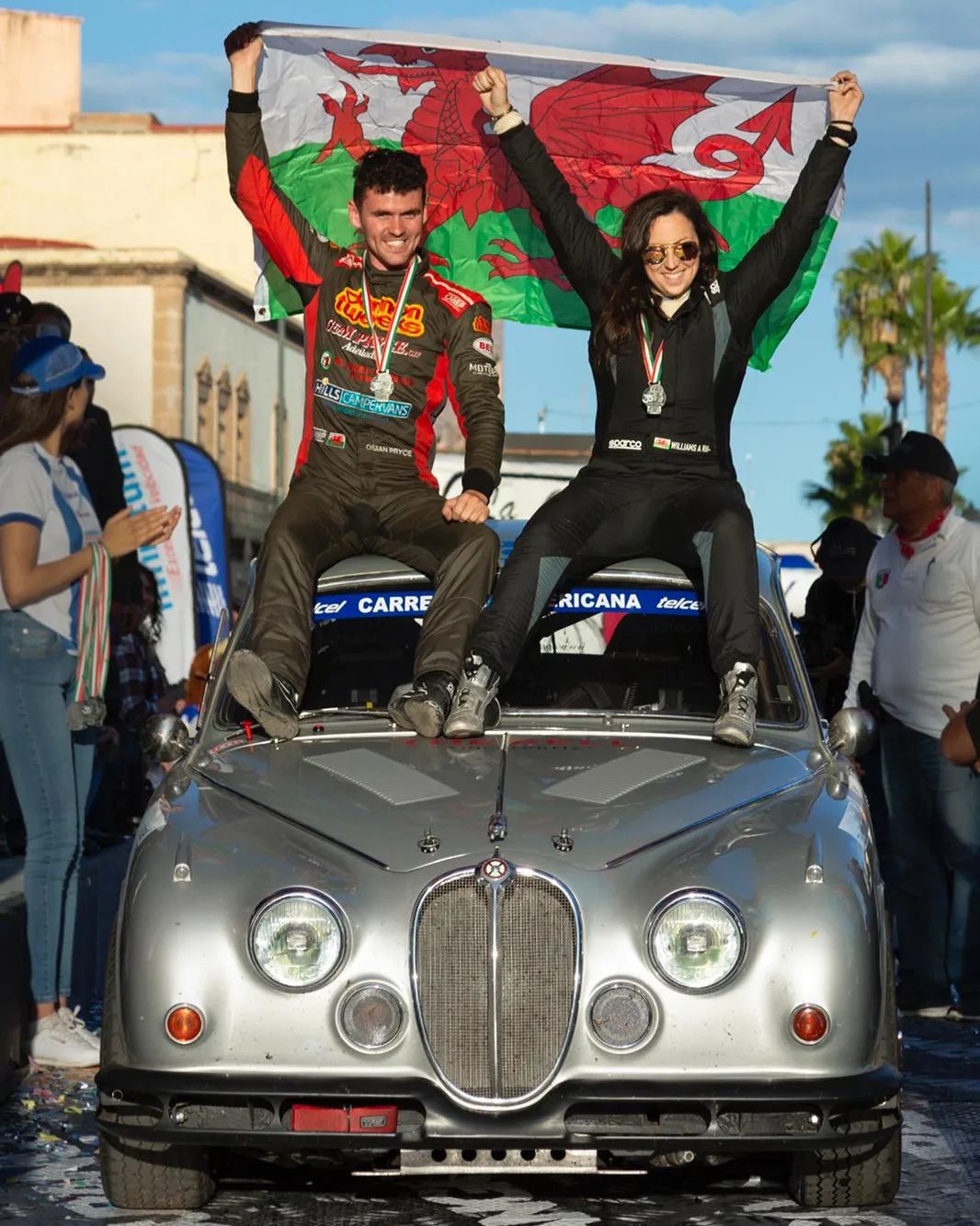