Great run on the Grampian

It was the second time in as many years that the Machynlleth-born driver had finished second on the Aberdeenshire forestry event, as he and co-driver Noel O’Sullivan enjoyed another fast and trouble-free run in their Melvyn Evans Motorsport-prepared Volkswagen Polo GTI R5.

As the highest placed returnee, Osian started this year’s Grampian Forest Rally first on the road – which turned out to be a disadvantage as he swept the loose gravel off the surface in the fast and flowing Durris, Fetteresso and Drumtochty forests.

With less loose gravel on the repeat runs, Osian was able to push harder in the afternoon and was rewarded with second place at the finish when the pressure he was putting on Bell saw his rival make a time-consuming error on the sixth and final stage.

With three rounds remaining, Osian has already dropped a score and is just 18 points behind Cronin.

Better still, round five of the 2022 British Rally Championship is the Aberystwyth-based Get Connected Rali Ceredigion (3/4 September) – an event which Osian won when it was first run in 2019.

“It was a tough day in the office on the Grampian Rally, but I’m very pleased to come away with another strong result in second place,” says Osian.

“We knew that being first on the road was going to be a challenge and we lost more time than we anticipated on the first pass of the stages. We felt a big difference on the second pass. We were able to enjoy driving a bit more and we were back on the pace.

“We achieved the best result we could have, so I cannot be disappointed – and congratulations to Keith [Cronin] and Mikie [Galvin] on their win.

“A big thanks to the Melvyn Evans Motorsport team for doing a great job, because the car was spot on again – and to Noel [O’Sullivan] as he did an excellent job and it’s always a pleasure to have him next to me in the co-driver’s seat. Thanks to everybody who supported us before and during the rally, I’m truly overwhelmed by people’s generosity.” 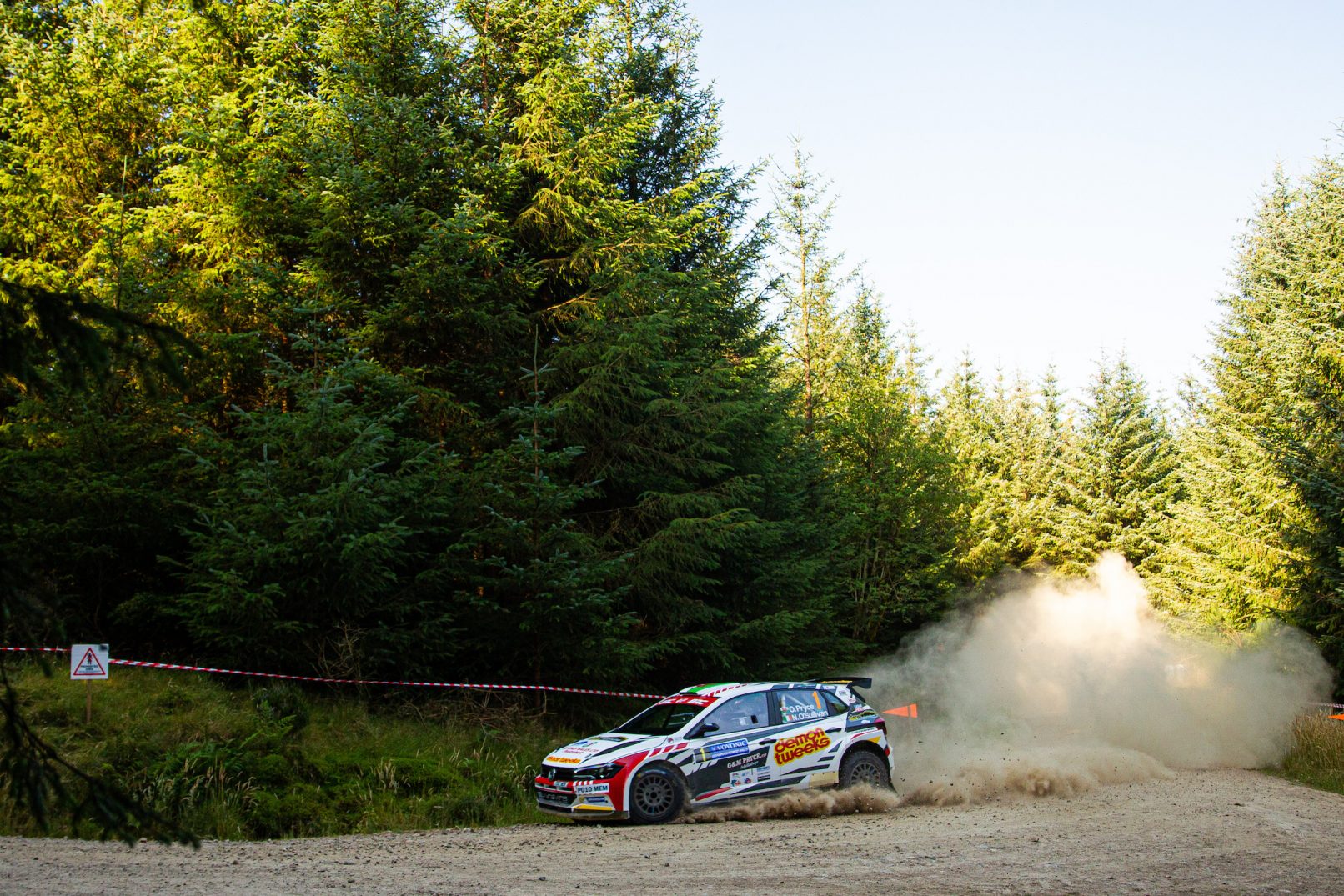