In with a chance of becoming BRC champion on the Cambrian!

Osian Pryce heads to the Visit Conwy Cambrian Rally (Saturday 30 October) in his Volkswagen Polo GTI R5 with a healthy 16 point lead in the British Rally Championship and could clinch the drivers’ title on the penultimate round if everything falls in his favour.

To become champion in North Wales, Osian would need to score maximum points and for his main title rival Matt Edwards to both Joker and non-score on the Cambrian.

Having done the North Wales Car Club organised event four times, and the gravel stages several times more on Wales Rally GB, Osian knows the forest roads well and has a good record on the Cambrian. He won the Welsh National Rally Championship section and finished fourth overall in 2018 driving a Mitsubishi Mirage and last year he finished second overall on his first gravel event in a Hyundai i20 R5.

It was at the Cambrian Rally in 2020 where Osian teamed up with new navigator Noel O’Sullivan for the first time. The Irishman also leads the BRC co-drivers’ standings and their partnership inside the car has developed incredibly well since their first rally together.

Furthermore, Osian arrives at the Cambrian in superb form. He is the only driver to finish on the BRC podium in every round of the 2021 series, having scored maximum Joker bonus points on the recent Mull Rally, finished second on the Grampian Rally and Trackrod Rally Yorkshire and third on the Neil Howard and Nicky Grist Stages.

The Cambrian shakedown test will determine the start set up for his Polo GTI R5, after the BRC Teams’ class leading Melvyn Evans Motorsport operation put the Volkswagen back from asphalt to gravel spec. Then it will be straight into the recce and then onto event, where the format does not allow for any mistakes or time loss whatsoever.

“It’s basically a two-horse race between myself and Matt [Edwards] for the British Rally Championship title and with the scores to drop rule coming into play the Cambrian is a crucial round of the series,” says Osian.

“There is an outside chance of Noel and I winning the title in North Wales, but it’s hard to see Matt not scoring any points and I wouldn’t want to see him being hit with any bad luck and retire from the rally. So for us it’s just a case of business as usual, which is to prepare the very best we can and go out and try to do the best we can – or at least try to finish ahead of Matt.

“I know the roads relatively well. In addition to the Cambrian, I’ve done most of the stages on Wales Rally GB. The road surface used to be quite rough, but with all the regrading that Rally4Wales does that certainly isn’t the case anymore. These are all stages that I really enjoy driving.

“Gwydir and Penmachno are quite technical and there are places in both forests where you can make up time if you nail it, while Alwen is a bit more flat out. I don’t know anything about the final asphalt stage, except that unlike the journey to the Great Orme there is a very short road section from the last forest stage and with so little time you won’t be able to make many changes to the car’s set up. It’s only a short stage, but it could be a real sting in the tail.

“It’s been a good season so far, although I feel that I would benefit from a lot more seat time in the Polo to get fully used to it. With very little testing between events, we’ve had to experiment with set up on rallies and therefore we’ve been concentrating on consistency rather than outright speed. That said, it’s rewarded us with some good results and our position in the BRC is very strong because of it.

“I also have to thank Noel and the huge contribution he is making. The Cambrian last year was our first rally together and because of the Covid-19 restrictions we have still only done six rallies. But when I step back and look at the way we have evolved and how well it all works inside the car I have to give a lot of credit to Noel. It would be nice to win the BRC title for him as well as all the guys at Melvyn Evans Motorsport and all the people who have supported me this year.”

This year’s Visit Conwy Cambrian Rally contains seven stages totalling just over 44 stage miles through the classic forests of Gwydir, Penmachno and Alwen, together with the final challenge of a new asphalt stage which has only been used before on road rallies. The service area will be located at Coleg Llandrillo.Advanced spectator tickets are available at cambrianrally.co.uk. 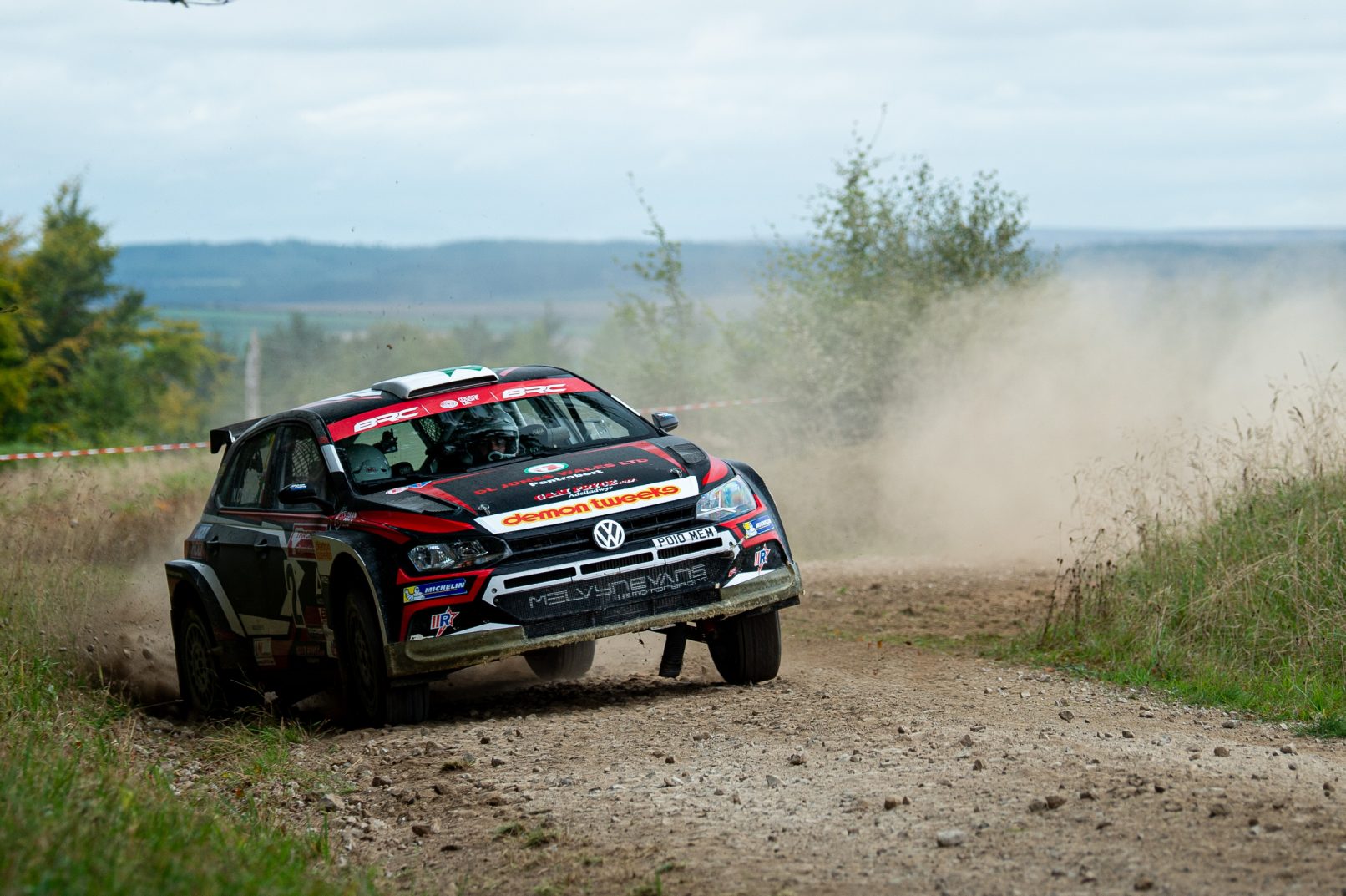