Osian Pryce has backed the ‘GoSafe – the Wales Road Casualty Reduction Partnership’ Operation SNAP initiative, after seeing for himself some of the crazy and irresponsible driving that members of the public have captured and sent into the Dyfed-Powys Police Road Safety unit.

Osian attended a media event at the GoSafe Partnership headquarters, were as well as being interviewed by journalists, he was given exclusive access behind the scenes.

Operation SNAP is a response to increasing submissions of video and photographic evidence relating to driving offences that members of the public have witnessed and captured on their dash cams, or from the side of the road on their mobile ‘phones. They can take that digital footage and upload it onto gosafe.org, which is an effective and efficient way of reporting and dealing with motoring offences. In numerous cases, this footage has seen unfit drivers surrender their licence voluntarily or prosecuted and taken off the road – making the roads of Wales safer for us all.

“It’s been an eye opener to see what the GoSafe Partnership does and the work that goes on behind the scenes,” said Osian. “It’s interesting to see how much effort is going into keeping Welsh roads safe and how Operation SNAP has streamlined the way the police collect and deal with motoring offences that have been captured by motorists on dash cams. It’s not just about raising awareness to rally spectators – competitors use road sections and have to abide by the rules of the road too, and it’s been a very good reminder that speeding or driving irresponsibly is more and more likely to get you into trouble with the police. The Nicky Grist Stages is a big event, contributing to extra traffic on the roads, so it and the GoSafe Partnership go hand-in-hand and it’s a great way for rallying to help promote better, safer, driving.” 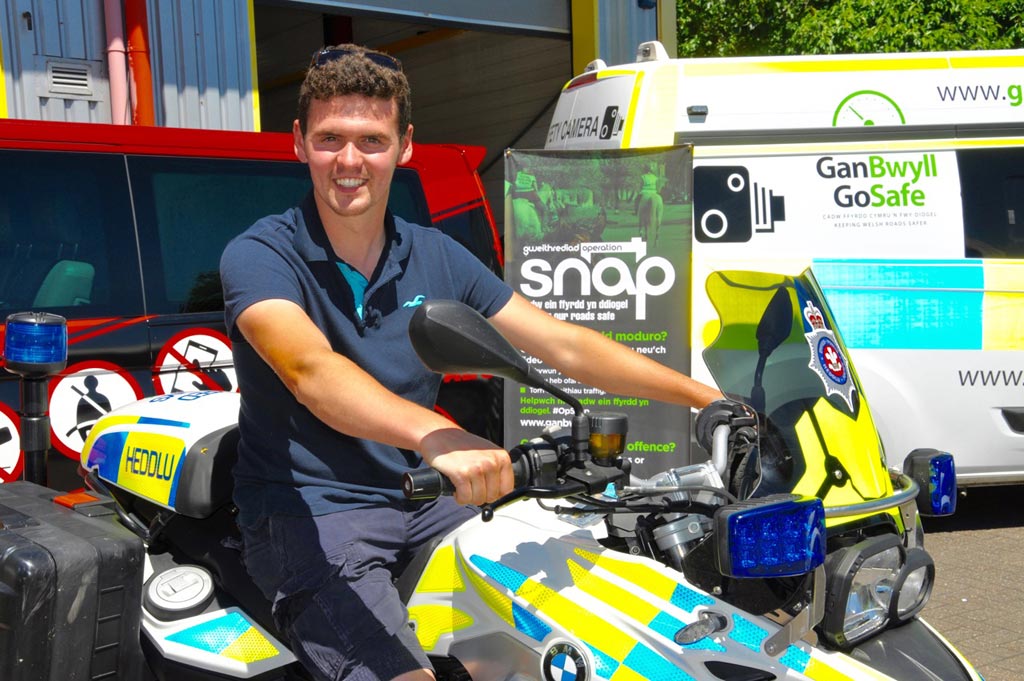