Osian Pryce says that a day’s testing on Thursday and the recce on Friday will provide the perfect uninterrupted confidence-building preparation ahead of Saturday’s Nicky Grist Stages, as he gets in full rally mode for round two of the British Rally Championship (BRC).

The 28-year old Machynlleth born driver is relishing the opportunity to drive his Melvyn Evans Motorsport-prepared Volkswagen Polo GTI R5 on the loose for the first time, and getting up to speed with his new-for-2021 Michelin gravel tyres.

He and Irish co-driver Noel O’Sullivan will also be trying out their new Bell helmet and intercom system for the first time.

Preparation for the Nicky Grist Stages will be key. Whilst Osian has made a solid start to his BRC campaign by finishing third on the Neil Howard Stages, that was a mainly smooth asphalt blast around Oulton Park’s race circuit and perimeter roads – and nothing like the challenge he now faces on this weekend’s epic eight stage forest gravel rally.

That said, Osian is far more at home thundering through a Welsh forest stage than he is driving on a race track. And that bodes well, for whilst he has only contested the Nicky Grist Stages once before, he was leading the 2017 event after the opening tough day’s gravel section (before mechanical problems denied him a chance of victory on day two).

This year the event, which has attracted a capacity entry of 170 crews, is a one-day, all-action, flat-out sprint, meaning that Osian will have to be on the lead pace right from the start. And against stiff BRC opposition, the pace will undoubtedly be fierce right from the word go.

Supporting him as primary sponsor for this event will be local coach and taxi hire company DL Jones Wales Ltd, who will take centre place on the side of Osian’s Polo GTI R5.

“I have no expectations whatsoever when it comes to this year’s Nicky Grist Stages – I’ll just prepare the best I can and go out and do my best, like I always do,” admits Osian.

“The British Rally Championship has started well for us, with a solid no-problem run to third on the opening round at Oulton Park and a good score of early points.

“But tackling some of the classic mid-Wales forest stages is about as different to rallying around a racing circuit as you can get – and to be honest I’m really looking forward to it.

“It will be nice to have an uninterrupted build up to the event, with a test on the Thursday, recce on the Friday and the event on the Saturday. Everything will be fresh in my mind and we’ll be able to stay in rally mode.

“I’m confident that the Melvyn Evans Motorsport team will arrive with a very good base set up for the Polo GTI R5, so the test will be more about seat time and getting used to the Michelin tyres on gravel, which I’ve never used before.

“Despite not having rallied on gravel for almost a year and a half, we will have to try and be on the lead pace right from the word go – which won’t be easy because the opening test through Llyn Login is a stage that I’ve never seen before. But I’m looking forward to the challenge, that’s for sure.

“There is a fantastic entry on the Nicky Grist Stages and the competition will be extremely tough – it’s going to be interesting!

“I also have to give a big shout out to DL Jones for coming on board as this event’s primary sponsor. It has supported young rally drivers for many years, it is super enthusiastic and its support is very much appreciated.”

This year’s Nicky Grist Stages takes place on Saturday (10 July) and contains eight stages totalling 44 stage miles. Two loops of four stages through Llyn Login, Monument, Halfway and Crychan are held in the morning and afternoon, separated by a midday service at the Royal Welsh Showground in Llanelwedd. The event is not open to spectators, but the action with be streamed live on the internet, along with live timing and live rally car tracking. 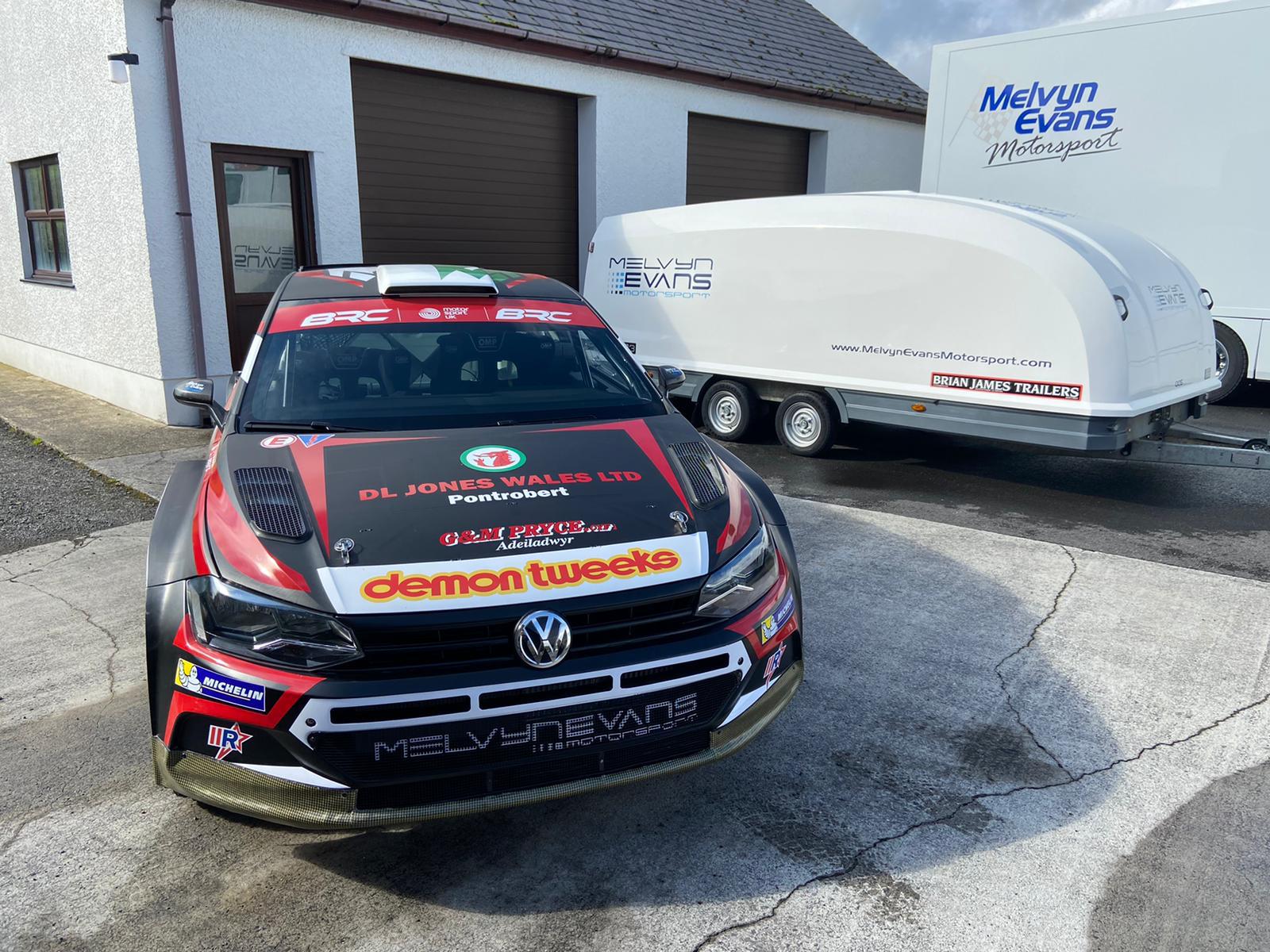