Machynlleth rally ace Osian Pryce is currently turning up the heat near the Swedish ski resort of Åre – driving Classic Porsche’s at the Below Zero Ice Driving centre.

The former DriveDMACK Fiesta Trophy champion is in Scandinavia working as an expert precision driving instructor, putting his World Rally Championship experience to good use beside a number of amateur guests and semi-professional drivers who have travelled there to learn high-speed driving techniques on a froze lake and on snow covered forest tracks.

Osian, who celebrates his 26th birthday next week, is a regular instructor at the world-famous venue and is one of only a handful of drivers worldwide entrusted to teach in the powerful 250bhp historic rally cars.

Having rallied a variety of cars last year, including giving the all-new VR4K Oreca FIA R4-spec car its world competition debut in Spain (finishing first in class and second overall on the Rallye Ciudad de Granada, which is a round of the Spanish Gravel Championship), Osian hopes to be back in rally action himself very soon, and is working on a number of World, European and British Rally Championship options.

“Its great to come to Sweden and drive on the ice, there is no other experience like it and the cars are really special,” said Osian.

“As an instructor you meet some great people and even get a chance to drive the cars from time to time. Historic rally cars are close to my heart, so that makes it all the more special.” 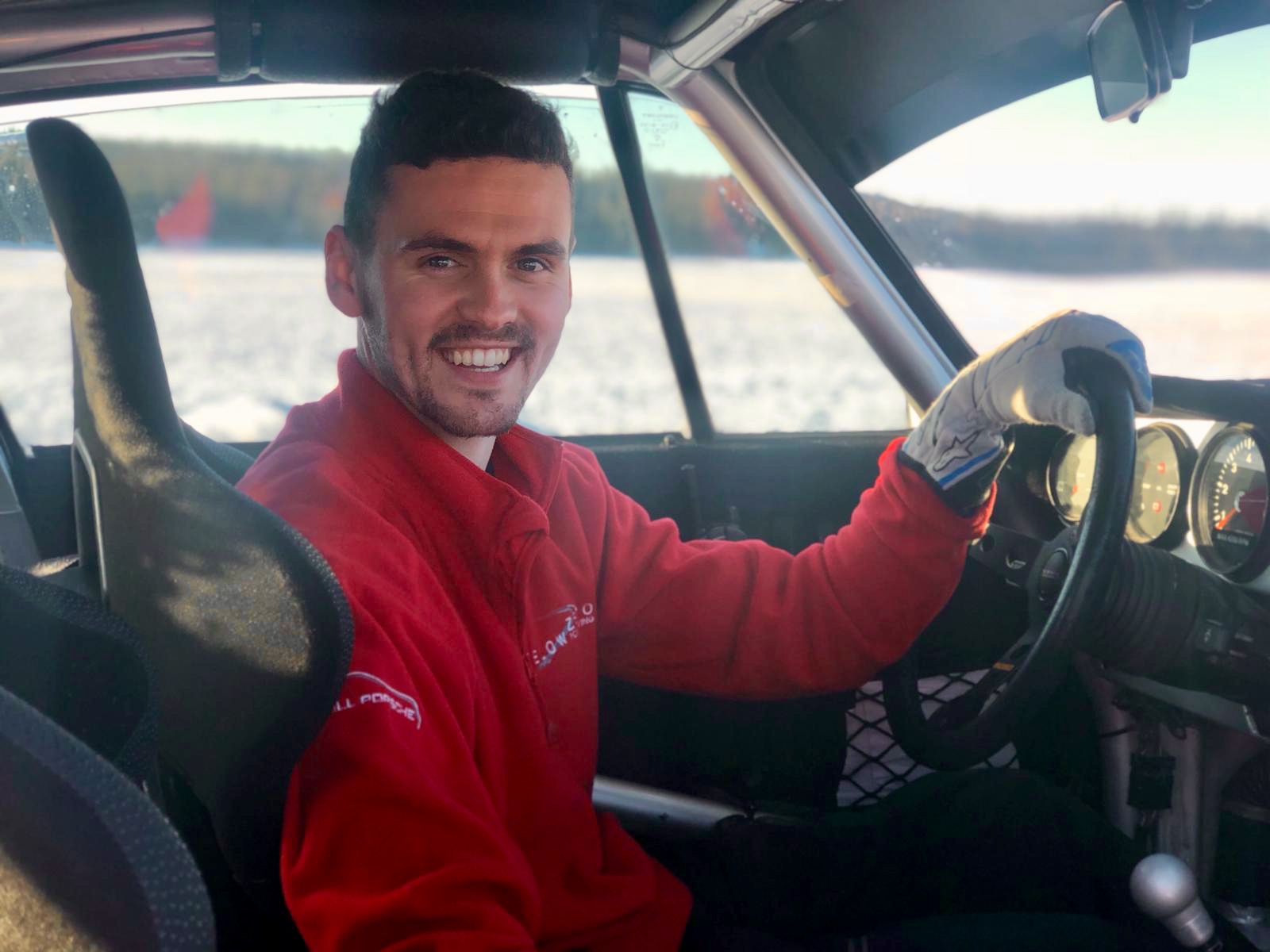