The 25-year old local driver was soon into his stride, and was surprised how well the 2-litre 16v normally-aspirated BDG-engined Escort, which was built in 1978, handled. Co-driver Dale Furniss sat in for the majority of the shakedown test, while Osian’s father Martyn Pryce jumped at the chance to sit in with his son for the final high-speed runs over the famous Sweet Lamb gravel stage.

Seeded at number one, Osian will lead the 2WD field away from the Gwyndaf Evans Motors start in Dolgellau early tomorrow morning, before doing battle over six stages, totalling 45 stage miles, in Dyfi and Gartheiniog forests.

“The Escort Mk2 was even better than I expected – it’s a dream to drive and very good fun,” said Osian. “It shocked me how good the car handles, it wasn’t snappy or anything, and it did what I wanted it to do. With that in mind, you get comfortable very quickly and start pushing on. The main aim tomorrow is to have fun – we’ve had a lot of fun on the test already, and we’ll see after the first stage how competitive we are. If we drive like we’ve driven here today, maybe we’ll be there or there abouts, but we’ve only had a quick test at Sweet Lamb and we’ll have to build on that as the event plays out tomorrow.” 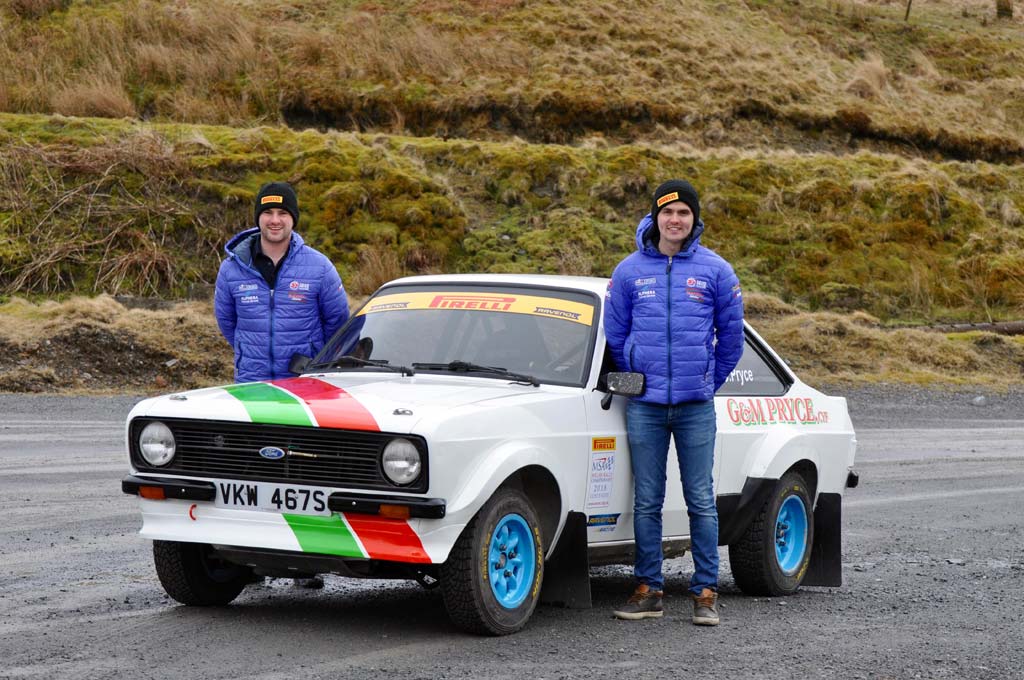