Osian Pryce will launch his #OPRGLOBAL campaign when he makes his competition debut in a Volkswagen Polo GTI R5 at this week’s Goodwood SpeedWeek (15-18 October).

With the aim of returning to full time rally action in 2021, Osian will remind everyone of his talent when he takes part in the Super Special Stages in one of the world’s very latest Rally 2 spec cars.

Co-driven by Jess Hockly, Osian will attempt to become the inaugural winner of the event – which will be held exclusively within the famous Goodwood Motor Circuit, with stages taking in the Northern and Southern loops, the track infield area, perimeter road and the tunnel under the track.

The 27-year old Machynlleth born driver didn’t have any time to test the Melvyn Evans Motorsport-run Polo GTI, and he’ll be thrown straight in at the deep end as the opening stages take place as night falls tonight (Thursday).

This will be Osian’s first event since he finished second on the Cambrian Rally back in February, and before his challenge for the British Rally Championship title was thwarted when the series was cancelled because of coronavirus restrictions.

The Volkswagen Polo GTI is the next in a long line of R5 cars that Osian has competed in, after he finished runner-up in the BRC (and finished fourth in WRC 2 on Rally Finland) in a Ford Fiesta R5 and won last year’s Rae Bae Ceredigion (and starting this year’s BRC) in a Hyundai i20 R5. He has also won his class driving an R5-spec Mitsubishi Mirage.

“Goodwood SpeedWeek is an important event in more ways than one, as it’s the launch of my #OPRGLOBAL campaign,” says Osian.

“With the 2020 rally season pretty much all cancelled because of Covid-19, now is the time to refocus and prepare for a full time return to rallying in 2021 – and it all starts today!

“I want to contest some high-profile events in a Rally 2 category car next year, and some prestigious historic rallies in iconic classic cars too – and I want to do that around the globe.

“#OPRGLOBAL signals the start of a major push to attract partners for the next adventure.

“And there is no better place to come out fighting again than at Goodwood, as it’s such an esteemed venue and SpeedWeek has attracted a star-studded entry, both in the rally and racing categories.”

SpeedWeek will be streamed live on the Goodwood website, with Dermot O’Leary, Rory Reid, Siân Welby and Mark Webber presented the programme. 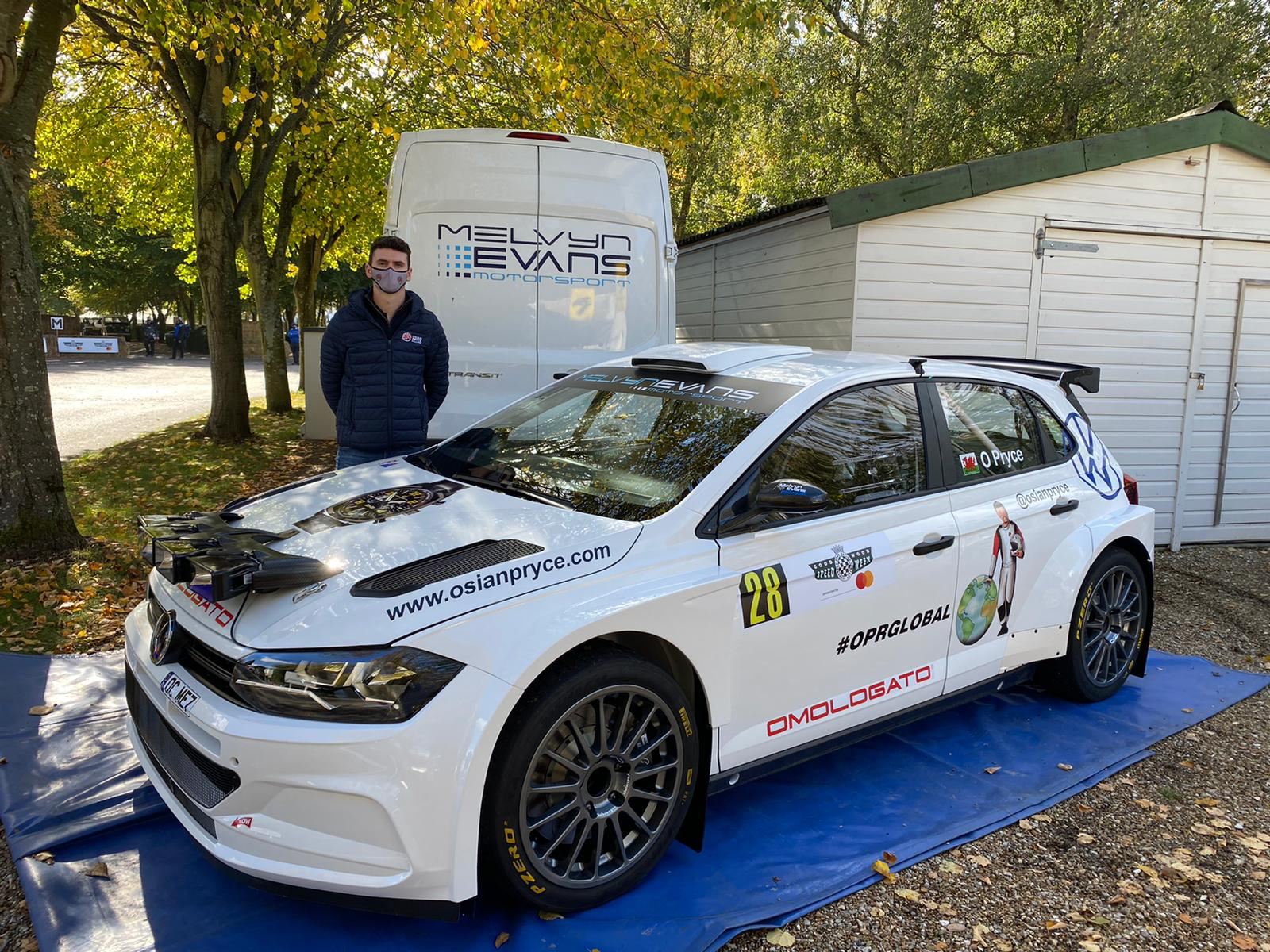