Osian Pryce leads the British Rally Championship after a stunning drive on the final stage of the Trackrod Rally Yorkshire saw him take second in his Melvyn Evans Motorsport-prepared Volkswagen Polo GTI R5.

The 28-year old Machynlleth born driver, who last led the BRC in 2017, was third, two seconds behind Matthew Wilson, going into the sixth and final Trackrod stage, which was a repeat run through the high-speed 11 mile Dalby forest test.

Recovering from what he described as a “shambolic” start to the event, Osian was an incredible 28.9 seconds faster the second time through Dalby to overtake Wilson in a dramatic finale and claim second place by 0.8 seconds.

Osian hadn’t rallied in the North Yorkshire forests since winning the Trackrod in 2013, although that win had been at the wheel of a very different Citroën DS3 R3.

A strong run through the event’s opening Friday night stage in Dalby forest was considered key to success, but an overshoot at a T-junction cost Osian between 15 and 20 seconds as the car’s engine stalled twice and he had to reverse off a bank. He was then slowed by pockets of dust, which reflected off the powerful LED lamps and blanketed the view ahead.

Remarkably, despite the time-consuming overshoot Osian was second fastest through SS1, tied on time with Wilson.

The event restarted on Saturday morning, with five more stages in the famous North Yorkshire forests all held in daylight. Needing to make up for lost time Osian continued with the softer compound Michelin Pilot Sport tyre, and whilst in hindsight the medium compound tyre would have been better suited he was still able to maintain a strong third place by the time he’d reached service in Filey after four stages.

Having changed to the medium Michelin tyre for the final two stages, Osian set the fastest time through the penultimate Langdale stage, to head back into Dalby just two seconds behind second-placed Wilson.

A brilliant drive through the closing stage saw Osian complete the Dalby test 2.8 seconds faster than Wilson – to take second place by 0.8 seconds.

The result – Osian’s fourth straight BRC podium finish – gives him a four point lead at the top of the BRC leader board, while his navigator Noel O’Sullivan continues to lead the BRC co-drivers’ standings.

“We’re pleased to be back leading the British Rally Championship and to do it by pushing hard on the final stage of the Trackrod to regain second place, but our challenge for victory was lost on the opening stage of the event,” said Osian.

“A third of the way into Dalby we braked for an uphill T-junction and the car locked up and took off like a sledge! The engine stalled as we were sliding and we went straight on into a bank on the opposite side of the road. We couldn’t get reverse, so wasted more seconds there, then when we started to reverse the engine stalled again. After a good fifteen to twenty seconds we eventually managed to get going and drive off. A little bit later in the stage we got caught in some pockets of dust, which isn’t very nice in the dark, so we lost a bit of time there as well. But as for the overshoot it was an error by me – which doesn’t happen very often, but when it does I just have to hold my hand up and accept it.

“We then felt that we had to gamble a little on tyre choice on Saturday morning to try and make up for lost time. Based on the condition of the stage the previous night we thought that we’d give the soft compound tyre another go. It didn’t really work, but once again the buck stops with me. That said, looking back on how the medium tyres performed in the afternoon we didn’t really lose that much time.

“We pushed hard on the final two stages and regained second place on the last stage. It’s a valuable couple more extra points for us and it puts us back in the lead of the British Rally Championship – again! We’ve been leading the BRC at the mid-way point in the past and it’s not gone our way come the end of the season, so hopefully we can pull it all together this year. We have all the ingredients – the Polo R5 has worked faultlessly this weekend and Noel’s done a great job, it’s only my decisions and my actions which have prevented us challenging for the win here. But we’re leading the BRC and we’re very pleased about that.”

The British Rally Championship turns to asphalt next for the longest and most demanding round of the series, the Beatson’s Building Supplies Mull Rally (8-9 October). 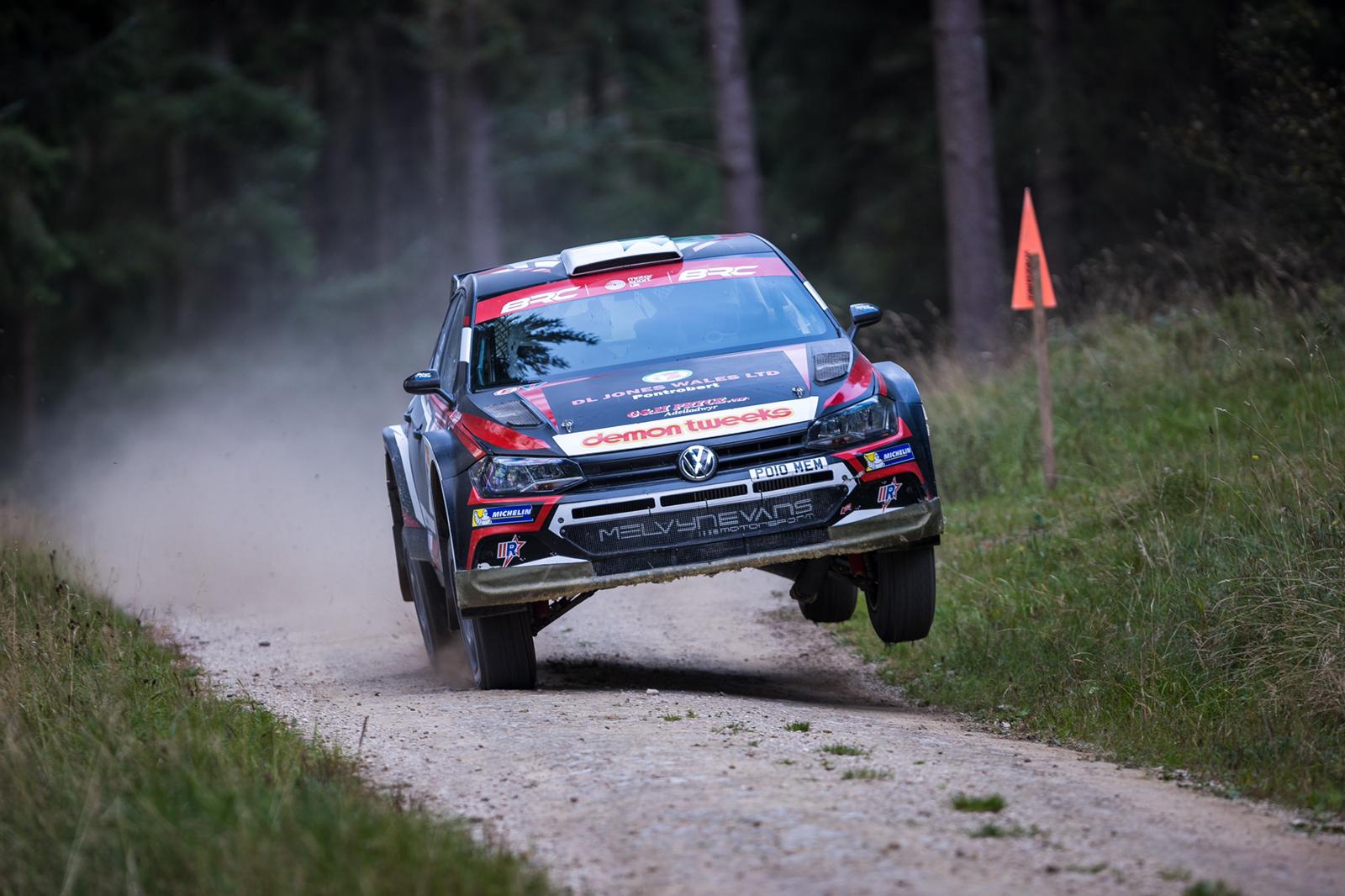