Osian makes his British Rally Championship return – in a Hyundai i20 R5!

Osian Pryce will return to the British Rally Championship (BRC) for the first time in over two and a half years when he contests this weekend’s Visit Conwy Cambrian Rally (Saturday 8 February).

On his last appearance in the BRC in 2017, the talented 26-year old Machynlleth-born driver led the series at the midway point, before unfortunate mechanical problems during the second half of the season ended his title challenge. His last BRC event was the Ulster Rally in August 2017.

Against strong BRC opposition, Osian has been seeded at number four for this Saturday’s event – and whilst he is no stranger to the North Wales forest stages of Crafnant, Gwydir, Elsi and Penmachno, his most recent rallying experiences could not be more different than driving a four-wheel drive R5 car on Welsh gravel. His last rally was the gruelling East African Classic Safari in Kenya and Tanzania, where he won his class in a Ford Escort Mk1, while he has just spent the last 18 days coaching at the Below Zero Ice Driving Experience in Sweden, where he has been teaching people to drive on a frozen lake in a Porsche 911.

And with very little time to test the Hyundai i20 R5, Osian will also have a new co-driver to get acquainted to, as he will be partnered for the first time by Ireland’s Noel O’Sullivan. But Osian, the 2016 DriveDMACK Fiesta Trophy champion, is relishing a return to top flight British rally competition in a state-of-the-art R5 car – which is supported by Ryan Motorsport Insurance, Pirelli, Omologato Watches and G&M Pryce Ltd.

Pryce said: “It’s hard to believe it’s been two and a half years since I last competed in the British Rally Championship, so it feels great to be back. It will be the first time that I’ve driven a Hyundai i20 R5 on gravel, but I’m confident that it won’t take me long to get back into my stride. A win this weekend would be nice, but a place on the podium is a more realistic aim, especially as there are a lot of good drivers on the Cambrian with considerably more recent R5 experience than me. I’ll certainly be aiming to score the best result I can, and one that will hopefully give people something to talk about. This event is all about getting noticed and building on what I hope will turn into a full attempt at the British title.”

The Visit Conwy Cambrian Rally starts from Llandudno at 09.00 on Saturday. 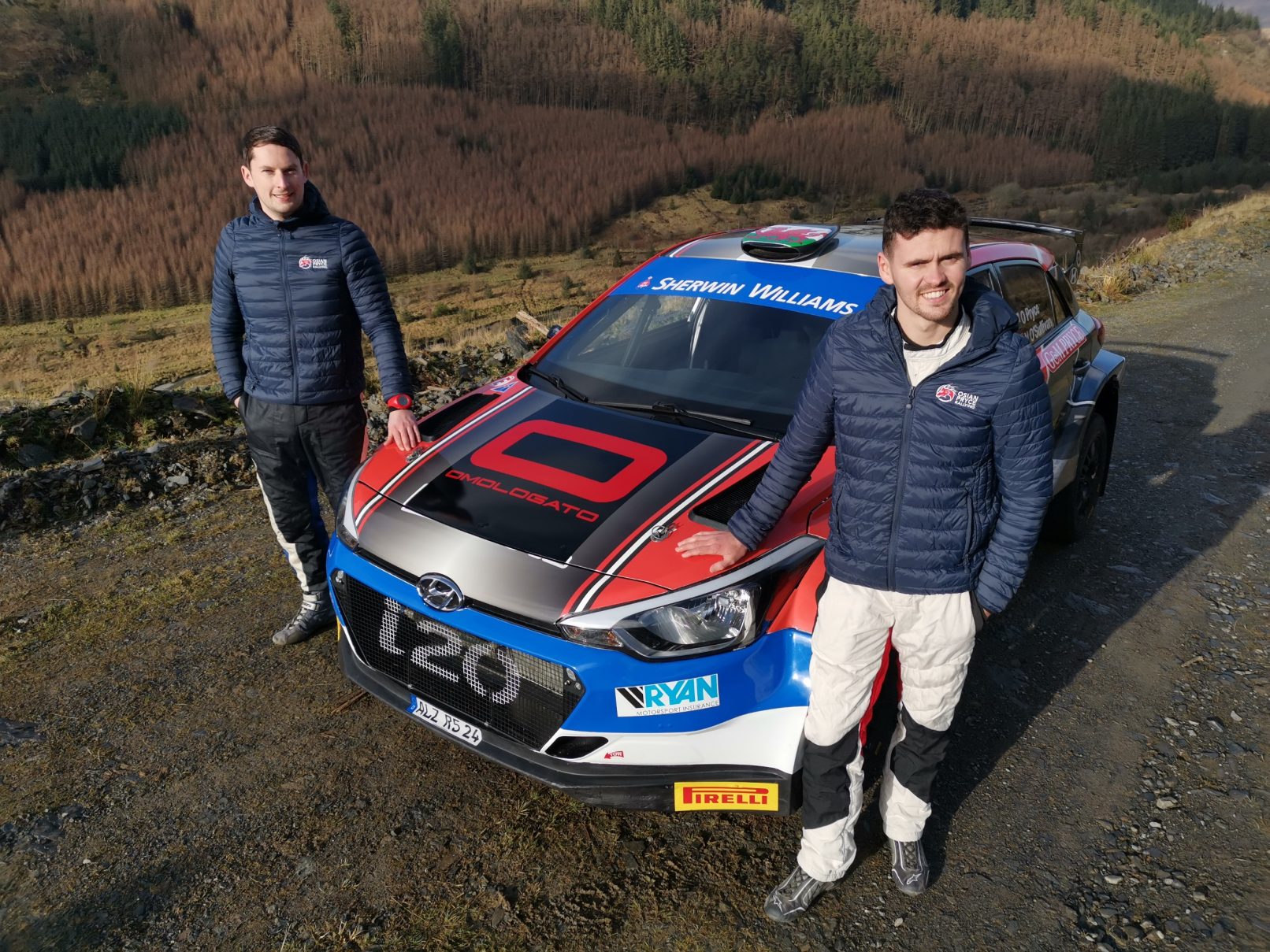