Osian Pryce made an impressive historic rally debut on the 2WD Rally North Wales, holding a strong second position mid-way through the six stage event in his first rally in a 1978 Escort Mk2. A rear puncture on SS4 then cost him a minute, but he still managed to finish fourth overall on his first ever MSA British Historic Rally Championship outing. He also finished third overall (second 2WD) in the Pirelli MSA Welsh Rally Championship standings to maintain his overall lead in the series.

Co-driven by Dale Furniss, Osian had won Rally North Wales last year and was keen to tackle his local rally again – but this time by fulfilling a boyhood dream of contesting a rally in an iconic Escort Mk2, which he’d hired from Suffolk-based specialists RallyXtreme. A brief test at the Sweet Lamb Rally Complex the day before was all Osian had before starting the 45 stage mile event, which was played out over the fast, smooth and slippery Dyfi, Big Ray and Gartheiniog gravel tests.

The 106 cars that had started the Dolgellau-based event had polished the gravel roads and made them even more slippery for the afternoon’s repeat run of three stages, and in almost perfect Spring-like weather conditions Osian was getting faster and faster with every mile he completed. Unfortunately, a rear left puncture early in SS4 cost him a minute, and the time lost dropped him from second to fifth. Undeterred, and now with three narrow front tyres and one wider rear tyre on the car, he set fifth fastest time on SS5 and started the final stage 17 seconds behind the similar Escort of Steve Bennett – and ended it 10 seconds in front, to record an excellent fourth place finish on his first ever event in a rear-wheel drive car.

Having already won the opening round of the Pirelli MSA Welsh Rally Championship, the Cambrian Rally, in a Spencer Sport Mitsubishi Mirage R5, third place on Rally North Wales in an Escort Mk2 sees Osian maintain his lead in the series.

“I’ve had a great day,” said Osian. “We had a rear left puncture on stage four, which we drove on for most of the stage and dropped a full minute, because as we were crossing the flying finish Nick Elliott was right behind us. We were only carrying one front tyre as a spare, and the front tyres are narrower than the rear tyres are, so we had to do the final two stages with three narrow tyres and a wider tyre on. It didn’t affect us too much, but we did lose a little bit of traction and it might well have contributed to a few small mistakes that reflected in the final two stage times. But that’s rallying, and if we got it all together and had a bit more time in the car then we could easily be pushing for a win, and without the puncture we’d have finished a comfortable second.

“Nick Elliott was obviously the man to beat, and he’s probably the man to beat in this year’s MSA British Historic Rally Championship, but I think he was a little bit worried after three stages when we’d equalled his time on one of them and were right on his tail. The pressure was off him when we had the puncture, but it’s still a very promising result for us. I’ve loved every minute driving the Escort Mk2 and I’ve learnt a lot.

“Rally North Wales was going to be a one-off event in a Mk2 Escort, but I’ve enjoyed it so much that I’m very tempted to do another event! We’ve had a great day out and not for a crazy amount of money compared to rallying an R5 car. WRC2 is where I’m aiming to be, but all my family have been out watching and had a lot of fun, Dale and I have had a good laugh in the car, and that’s what rallying days like these are all about. It’s impossible to enjoy yourself this much in a rally car and not want to do it again! It’s given me a lot to think about.” 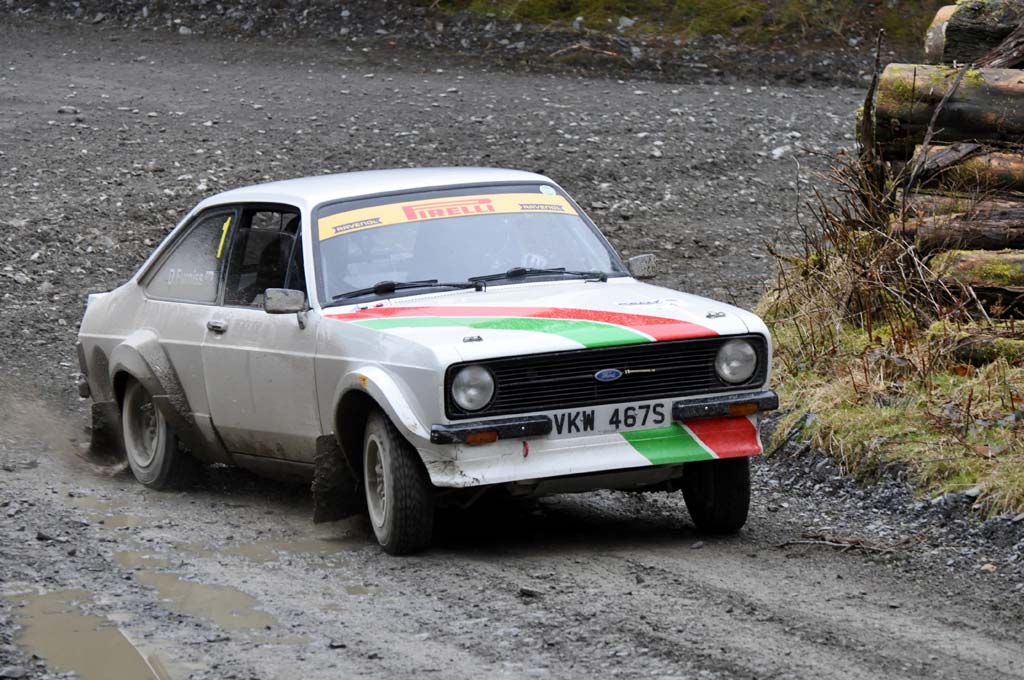