Osian Pryce is the only driver to finish both rounds of the British Rally Championship (BRC) on the podium this year, putting himself in a very strong position in the drivers’ standings. However, the 28-year old Machynlleth born driver doesn’t want to make a habit of finishing third, and is out to win this weekend’s Grampian Rally (Saturday 14 August) in his Melvyn Evans Motorsport-prepared Volkswagen Polo GTI R5.

Having finished third on both the opening Neil Howard Stages at Oulton Park and the Nicky Grist Stages, Osian is a well-placed fourth in the BRC table – just seven points behind leader Matt Edwards and 12 points clear of fifth placed Tom Cave.

Osian’s previous experience of rallying in the forests near Aberdeen is limited to an outing on the Granite City Rally, where he won his class in a Citroën DS3 R3T in 2013.

Returning eight years later to stages that he has very little recollection of, whilst embroiled in a close battle for the BRC title in a Polo GTI R5, will be a very different affair.

A short test at the Sweet Lamb rally complex has given him valuable seat time, and with every mile Osian becomes more in tune with his new-for-2021 Michelin gravel tyres. The surface and road layout at the mid-Wales test are different to what awaits in Scotland, but the shakedown has got Osian back into rally mode ahead of his long drive north. Where, on the way, he’ll collect his Irish co-driver Noel O’Sullivan from Glasgow airport.

Osian will have additional support on the Grampian Rally from Moates Offshore. The Aberdeen-based marine engineering, fabrication, hydro testing, equipment hire and storage company is well known in Scottish rallying circles, and its support is very much appreciated.

“I’ve rallied in the forests near Aberdeen once before, although that was back in 2013 and I’ve very little memory of it,” says Osian.

“I think we can pretty much disregard that previous outing and concentrate on getting the pace notes right, which on this rally will be essential. There are a lot of very fast and not quite flat-out corners, and these are the places where you can make up a bit of time if you get the pace notes spot on. And on such a short rally, where every split second counts, that could make a big difference to the results.

“I like rallying in Scotland and the Grampian Rally is the one round of the British Rally Championship that I’m most looking forward to. I’d have probably done the event this year even if it wasn’t a round of the BRC.

“I’ve been seeded at number four, but hopefully there won’t be any dust issues like there were last time out on the Nicky Grist Stages.

“We’ve been the most consistent crew so far this year, with two third place finishes putting us in a strong position in the championship – but I don’t plan on making a habit of finishing third! We’ll be trying our very best to win in Scotland this weekend, you can be sure of that!

“I’d also like to give a big thank you to Moates Offshore for coming on board as a commercial partner and helping to make my outing on the Grampian Rally possible.”

The Grampian Rally consists of three stages run twice, with the six stages totalling 43.46 stage miles. A capacity entry of 120 cars will start the event at 08.41 from Banchory, with the finish back there at 16.52.

The event will run behind closed doors, although fans can follow Osian’s progress on his, the event’s and the BRC’s social media platforms. 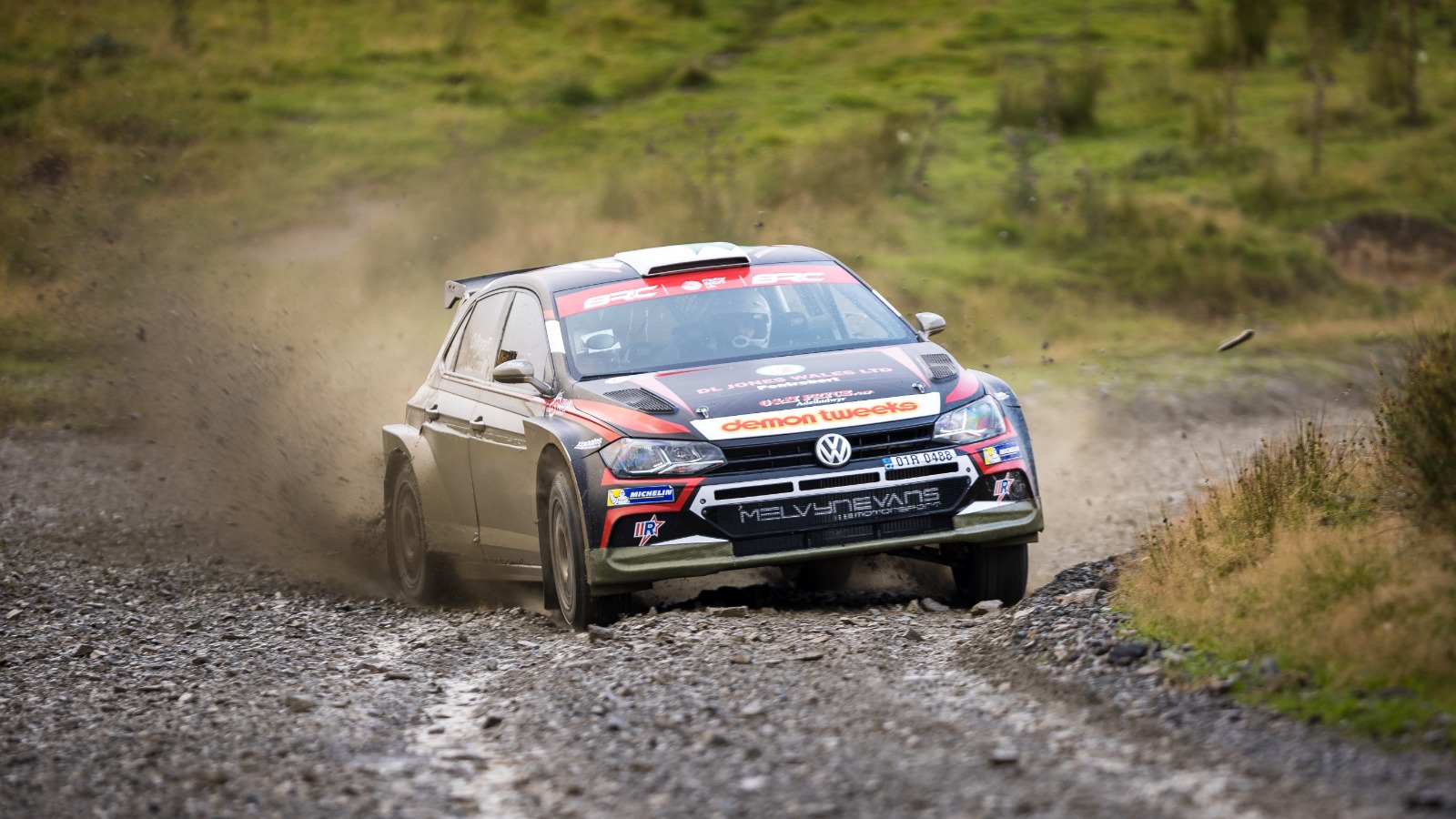