Osian Pryce has retaken the lead of the British Rally Championship after a ‘near perfect’ result on the Get Connected Rali Ceredigion in his Demon Tweeks-backed Volkswagen Polo GTI R5.

With just two rounds of the series remaining – the Trackrod Rally Yorkshire (23/24 September) and the Visit Conwy Cambrian Rally (29 October) – the move back to the top of the drivers’ standings comes at a crucial time in his bid to become British champion for the first time.

Having won Rali Ceredigion when it was run in 2019, Osian knew only too well how demanding the closed road stages in the Cambrian Mountains region are, and he drove superbly on the opening night’s stages to reach the overnight halt unscathed.

Heavy overnight rain made tyre choice on Sunday morning difficult, and whilst many opted for a safer wet weather option Osian bravely bolted on a set of dry weather Michelins.

It was an inspired decision. As the roads quickly dried, Osian found himself leading the BRC field by almost 30 seconds after the day’s opening 17-mile Llanfihangel stage.

With rally leader Hayden Paddon (co-driven by Jared Hudson) unregistered and not eligible for points, there was no need to chase the New Zealand driver – and instead Osian and co-driver Noel O’Sullivan concentrated on continuing their fast and faultless run to the finish, where they celebrated retaking the BRC lead onAberystwyth promenade after 85 miles of extremely challenging and rewarding stages.

Having started the Rali Ceredigion 18 points behind Cronin, Osian will now – depending on budget – head to the penultimate round of the series in Yorkshire with a seven-point advantage at the top of the leaderboard.

“It was an important result, because with two rounds to go the championship is now very much alive.

“It was a very challenging event. You only have to look at the calibre of crews that didn’t make it to the finish to realise that it was no mean feat to finish this rally, and we’ve done it without putting a mark on the car.

“I’ve not enjoyed an event like this for a long time – and full credit to all the organisers for putting on a superb rally.

“A big thanks to Noel for his faultless work in the co-driver’s seat, to the Melvyn Evans Motorsport team for preparing and running such a fantastic car and for all the support we’ve received on the stages.

“It’s really been a special weekend for me.” 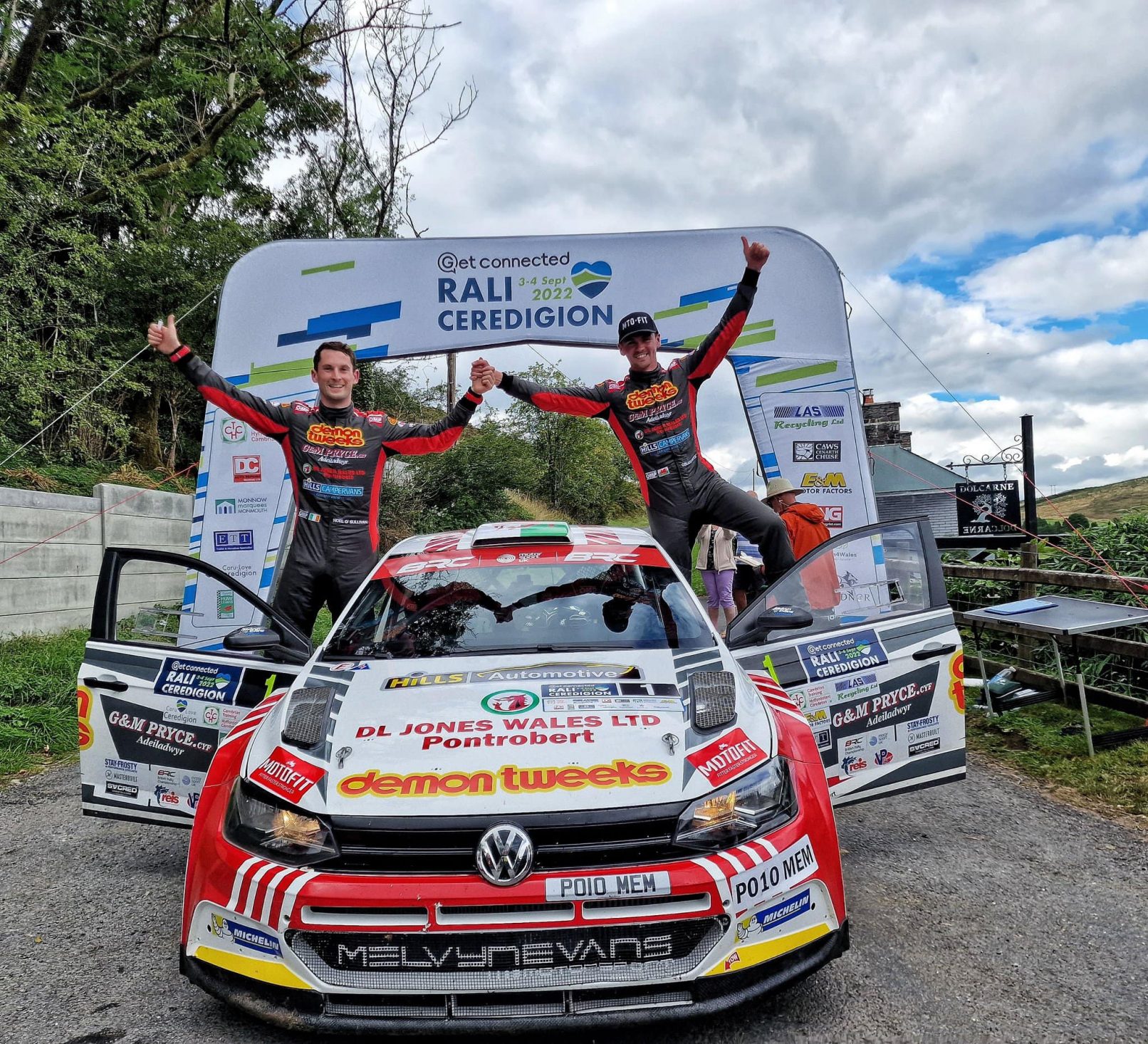