Osian returns to the scene of his FIA World Rally Championship

debut on the Red Kite Stages in an Escort Mk2

The last time Osian Pryce drove on a rally in the Vale of Neath it was during his FIA World Rally Championship debut on the 2010 Wales Rally GB – but he’ll make a return to those famous forests on Sunday 24 June when he contests the Red Kite Stages in an Escort Mk2.

The late decision to contest the 45 stage mile event in Rheola, Resolven and Margam Park came about when Osian discovered that the same BDA-engined Escort Mk2 that he drove on the 2WD Rally North Wales was available. The chance to contest another event in an iconic 1978 Escort was too much of a temptation, so he’ll reappear in the immaculate car run by Suffolk-based specialists RallyXtreme.

On his local 2WD Rally North Wales back in March, the 25-year old Machynlleth-born driver made an impressive historic rally debut – setting equal fastest time on his first ever stage in a rear-wheel drive car and finishing fourth after a rear puncture cost him a minute and a shot of victory.

As the Red Kite Stages is a round of both the MSA British Historic Rally Championship and Pirelli MSA Welsh Rally Championship, the competition will be just as tough this time out – but Osian and co-driver Dale Furniss are looking forward to competing in forests that are rarely used for rallying.

Osian said: “I’ve only ever rallied in Rheola, Resolven and Margam Park once before, and that was back in 2010 on my World Rally Championship debut. It was the final day of a tough winter event and we were in ‘get it home’ mode, so I was just concentrating on keeping the car on the road and not really taking much else in. And even if I had been, I wouldn’t be able to remember much about the roads after eight years anyway!

“I’m looking forward to rallying somewhere I don’t know, as it adds to the challenge. I think some of my main rivals might have rallied in the forests in 2013, but as the stages on this year’s Red Kite aren’t used very often, it’s a bit more of level playing field for everyone. Fresh rallies always make you prepare that little bit harder, and you really have to focus and get stuck in right from the word go, and that’s what we intend to do.

“Rally North Wales showed that we can be competitive in an Escort Mk2, so we’re going to give it another good go on the Red Kite. A top three finished would be good and a win would be great! We’ll be trying hard and having a lot of fun, that’s for sure.”

It’s all change for this year’s Amman & District Motor Club-organised Red Kite Stages, which has moved to the summer and the Vale of Neath. The 2WD event, which Osian is contesting, will start from Rheola Mart at 08.30 on Sunday 24 June and finish back at the same location at approximately 12.43. The route will comprise of two stages, service in Resolven, one stage, service and then the final two stages, totalling 45 stage miles. A separate 4WD event will then start at 12.40. 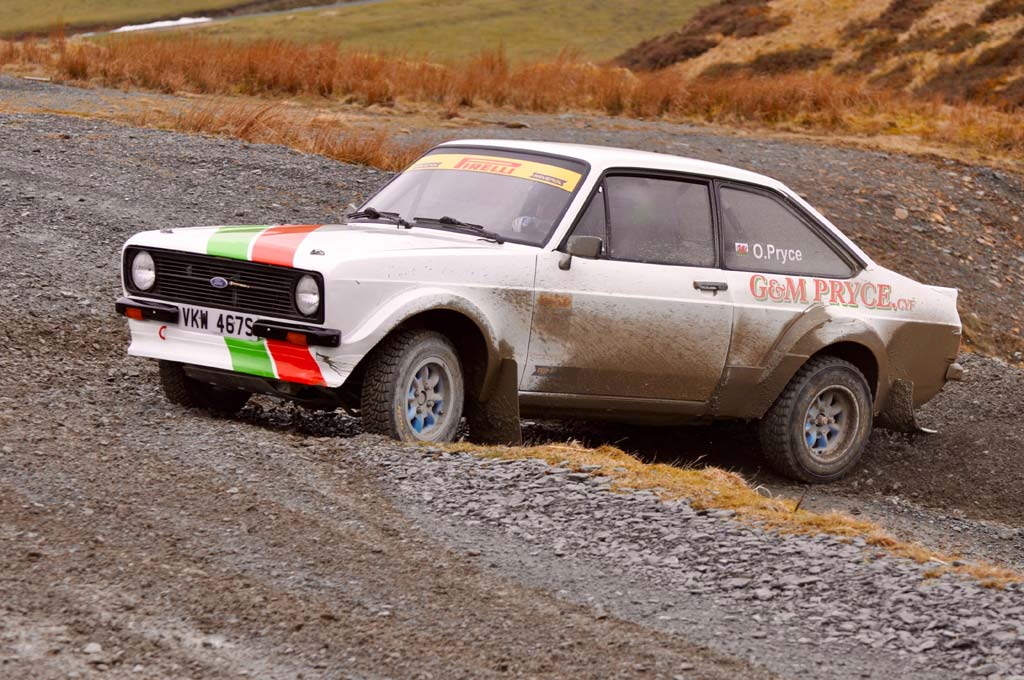