Osian Pryce will hit a century on this Saturday’s Nicky Grist Stages, as the Machynlleth-born driver starts the 100th rally of his illustrious career – and to help him celebrate the occasion he will carry number 100 on the side of his Volkswagen Polo GTI R5.

For the first gravel round of the 2022 British Rally Championship, and his first forestry event for over eight months, Osian will be slotted in and start behind the number one seeds.

Osian made his rally competition debut in 2009 when, aged just 16, he contested the Rally Kalnamuiza in Latvia in a Renault Clio.

Since then, Osian has contested 13 rounds of the FIA World Rally Championship – winning his class by 27 minutes and finishing 35th overall on his debut, the 2010 Wales Rally GB, in a Ford Fiesta ST. He was DriveDMACK Fiesta Trophy champion in 2016 – the equivalent of being World Junior rally champion today – and has finished runner-up in the British Rally Championship three times (in 2013 and 2014 driving a Citroën DS3 R3 and in 2021 driving a Polo GTI R5).

Whilst his aim is to return to the WRC, his priority this year is to become British champion – and the season got off to the perfect start with victory on the opening round of the series, the Corbeau Seats Rally Tendring & Clacton.

This weekend his target is to win the Nicky Grist Stages and bounce back from the disappointment of being disqualified from Round 2 of the BRC, the Jim Clark Rally, after driving the final section of SS2 on a puncture. Despite this, Osian is third in the BRC drivers’ standings and is very much in contention for the title.

Co-driven by Noel O’Sullivan, Osian has a good record on the Quinton Motor Club-organised event and finished third last year in his Demon Tweeks-backed Polo. With just 45 stage miles through the forests of Llyn Login, Monument, Halfway and Crychan, it will be a case of driving flat-out and faultlessly from start to finish to try and win the event in his Michelin-shod Melvyn Evans Motorsport-run car.

“Last year’s Nicky Grist Stages was my first gravel rally with the Polo and we’ve come a long way with the car since then – not making any major changes, but a lot of little adjustments to suit my driving style. I’m looking forward to returning to the mid-Wales forests this weekend feeling a lot more confident and at one with the car and seeing what we can do,” says Osian.

“The weather forecast is good, so it will be the first time I’ve driven the car on dry gravel and the first time in the forests since last year’s Cambrian Rally. It’s going to be a good challenge because with only forty-five stage miles you must be competitive from the very first corner onwards, as any time lost on the opening stage will be a burden for the rest of the event.

“It’s nice to celebrate my one-hundredth rally with number one hundred on the door.

“I had a few telephone calls when the entry list was published asking why I wasn’t doing the event – but that was because we aren’t seeded where you’d normally expect to find us and people hadn’t seen us! But we’ll start second BRC crew on the road, and we can give it a good go from there.

“It would be nice to bounce back from the previous round’s disappointment with a win. As always, we’ll try to do the very best that we can and see what happens.” 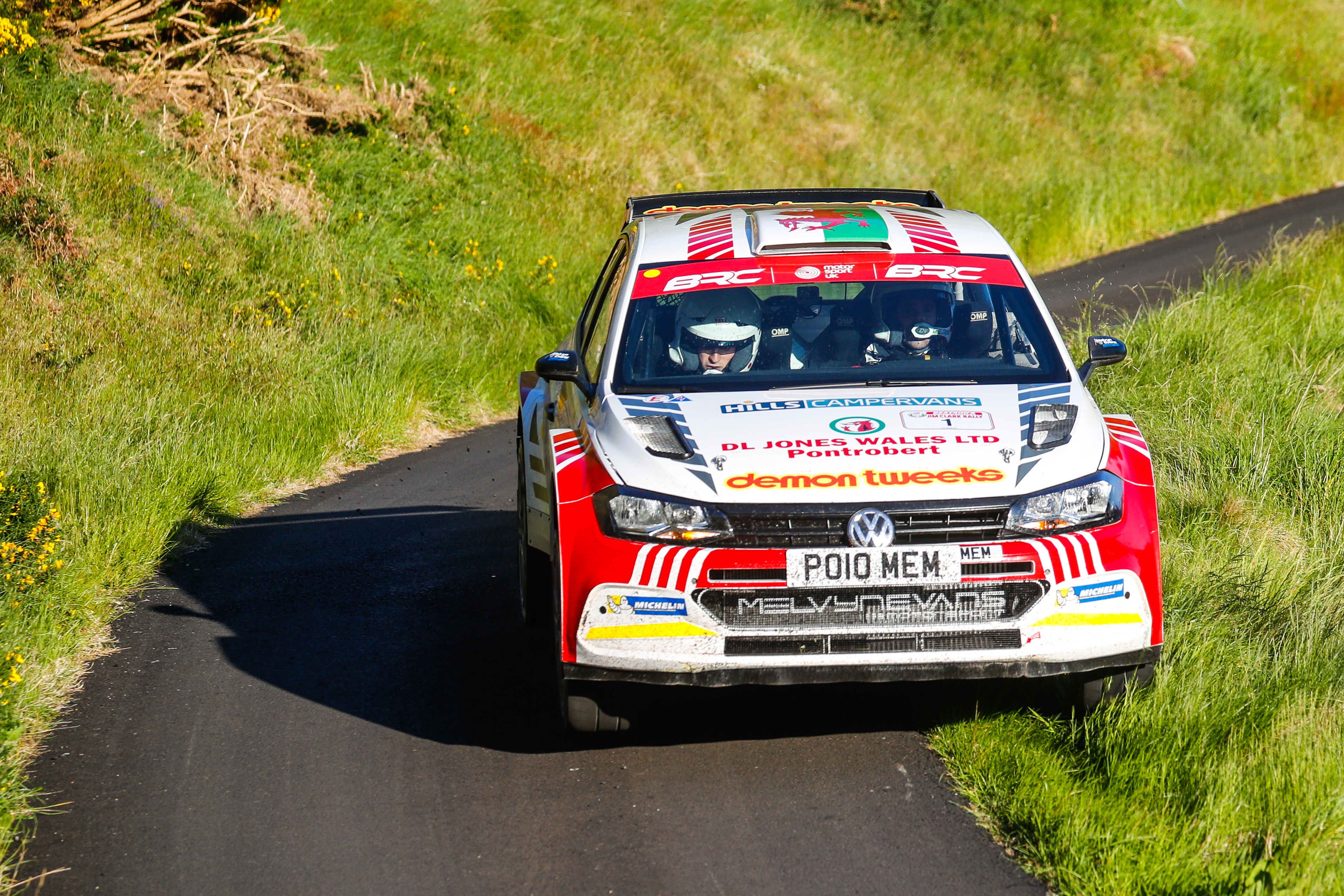