Osian Pryce dominated the Historic section of the Escort Rally Special, finishing 55.61 seconds ahead of his nearest rival in his RallyXtreme-prepared Escort Mk2 RS1800.

Many of the local Belgian drivers praised Osian on his incredible performance, saying that such a magnificent result by a visiting driver is virtually unheard of.

The one-off event had been organised to celebrate the 50th anniversary of the building of the first Escort in 1968, and had attracted a capacity 140 car entry that were separated into three different sections – the competitive Modern and Historic sections, and the non-competitive Demo section. Based in the town of Couvin, in the Walloon region of southwest Belgium, the event featured one 16 mile stage that was tackled four times.

Co-driven by Newtown’s Jess Hockly, the 25-year old Machynlleth-born driver set the fastest time on the opening three stages to lead the Historic section by 1 minute 36.75 seconds with one stage remaining. Such was Osian’s pace that he was only 0.2 seconds behind Frank and Lauren Kelly, who were leading the Modern section in their RS2500, which, unlike Osian’s car, was fitted with a sequential-shift gearbox and power steering!

A clutch problem and engine misfire on the fourth and final stage delayed Osian, but such was his huge lead that despite dropping a lot of time, he was still able to win the Historic section by almost a minute. Behind Osian, Dirk Deveux/Kris Dalleine finished second in an RS2000, while Robert Smith/Alun Cook were third in an RS1800.

Osian said: “The Escort Rally Special was a fantastic event which I’ll remember for a very long time. The road section to the first stage was a little bit tight and I was still outside the car putting my helmet on less than a minute before we were due to start the stage. Jess and I were a little bit flustered, but we finished the stage okay and couldn’t believe we were leading the Historic section by almost four seconds – which was the nearest anyone got to us during the entire event.

“We increased our Historic lead to over a minute and a half going into the fourth and final stage. We were only 0.2 seconds behind Frank Kelly who was leading the Modern category, and even though there were two separate events with no combined overall leaderboard, we decided to try and beat him anyway!

“It was all going well until we lost the clutch and the engine started to misfire on a gravel section. I hoped that the misfire would clear when we got back onto smooth Tarmac, but instead it got worse – so much so that the car almost came to a complete halt a few times. Luckily, we had started the last stage with such a big advantage that we still had a sizeable victory when we eventually reached the finish of the stage. We just about managed to get the car back into Couvin and had to push it over the finish ramp!

“We met so many wonderful British and Belgian competitors, and for the locals to praise us on our performance was something really special. It really was a fantastic event and a dream rally weekend for a big Escort enthusiast like myself.” 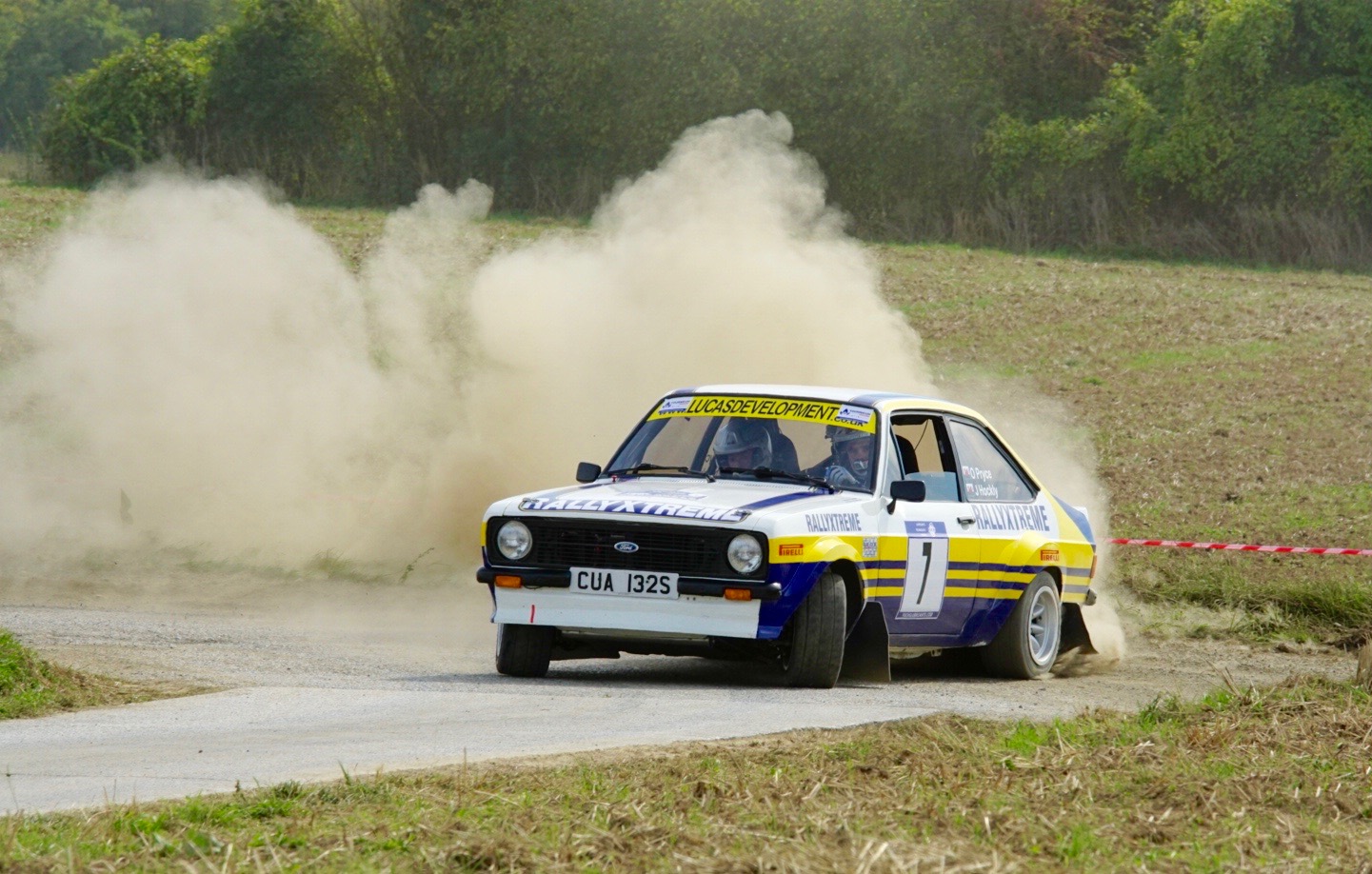