An excellent first and final loop of stages saw Osian Pryce finish second on a wet, windy and extremely slippery SGC Printing Harry Flatters National A Rally, on what was his first asphalt event in a rear-wheel drive car. An engine misfire and an overshoot on the middle loop of stages were his only concerns, as he beat all but two of the four-wheel drive cars and would have finished fourth overall in his Escort Mk2, had the National A and B categories been combined.

Having starred on two gravel rallies, Suffolk-based specialists RallyXtreme was keen for Osian to give its John Wilcox BDG engined Escort Mk2 a run on asphalt. Torrential rain and strong winds were hardly the ideal conditions to learn a new car, particularly on fast and narrow roads which have notoriously no margin for error, yet Osian set the third fastest time on the opening stage and was up to second after the first loop of stages, held over the famous undulating asphalt roads of the Epynt military range, north of Sennybridge.

Co-driven by Dale Furniss, Osian started the second loop of stages just five seconds behind Gareth James/Steffan Evans, but a misfire and overshoot cost him time. Nevertheless, a great final loop saw him secure an excellent second place, after all 11 stages and 70 stage miles had been completed.

Osian said: “I thought it would be difficult to learn a new car in such wet and slippery conditions, but the Escort Mk2 was superb to drive. Despite the weather, the first loop was good – there were no heroics, but we were challenging for the National A Rally lead against Gareth James, an asphalt expert who we’d identified as something of a benchmark.

“The second loop wasn’t so good for us, as we picked up a misfire. I’ve never driven a self-fixing car before, but the misfire cleared and whilst trying to make up for lost time we overshot a chicane on stage nine. We were way too fast on the approached over a blind crest and had to reverse back, so in total we must have lost a good twenty to thirty seconds.

“The final loop of stages were the best for us, because we’d got used to the car and were able to push on fairly hard, but still without taking any risks. Combined, we would have finished fourth overall, which would have been a great result given the wet conditions and the number of top four-wheel drive cars that were contesting the event. It was great fun to drive a Tarmac-spec Escort Mk2 – it was completely different to a gravel car, but every bit as enjoyable.” 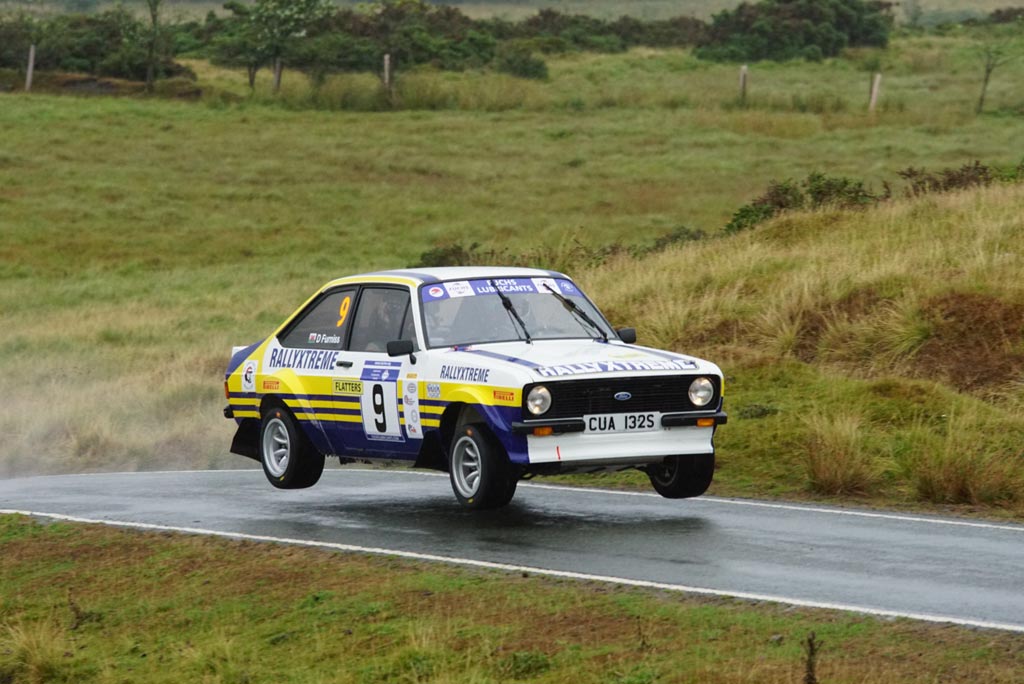