Osian Pryce will make a welcome return to the Welsh Motorsports Centre at Pembrey on Sunday 30 December when the WRC2 star contests the West Wales Rally Spares JAFFA Stages.

The 25-year old Machynlleth-born 2016 DriveDMACK Champion had planned to contest the Carmarthen Motor Club organised event in the same Citroen DS3 R3 in which he contested the 2015 FIA Junior World Rally Championship. But instead Pryce will now team up with co-driving girlfriend Jess Hockly in the Ford Fiesta ST that he first rallied in 2010.

“We did the JAFFA Stages last year, and it’s a great opportunity to blow the Christmas cobwebs away and do a rally purely for fun,” said Pryce. “We’ve been forced into a late change of car as the Citroen won’t be ready in time, which means I’ll be out again in my faithful old Fiesta ST. The focus down at Pembrey will be on entertaining the fans, trying to set some giant-killing stage times and having a laugh. It should be a great day’s rallying.” 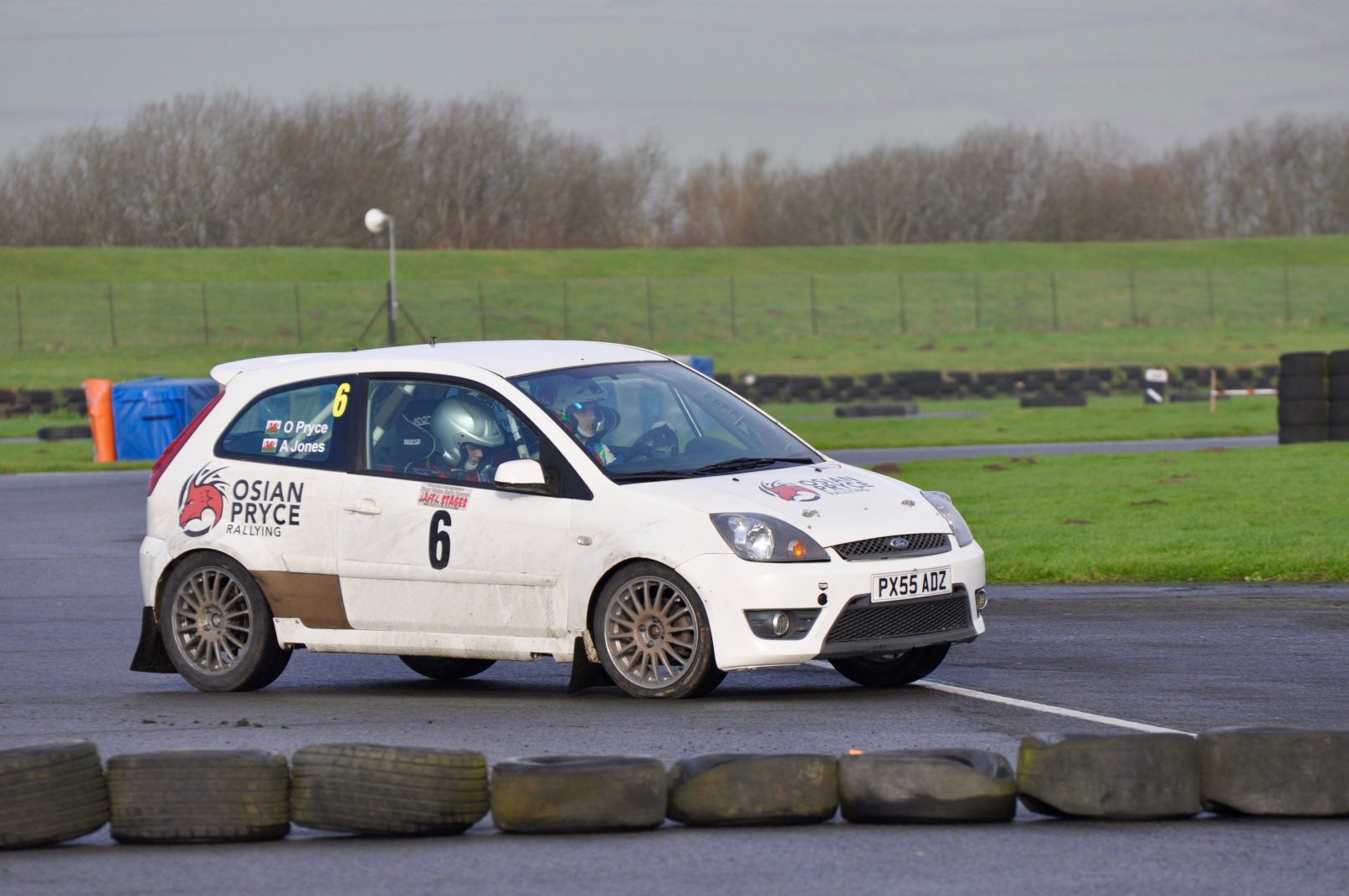