Rocked-!T man returns – Osian’s back in the British Rally Championship!

Osian Pryce will return to the British Rally Championship (BRC) this year driving a Rocked-!T-backed Volkswagen Polo GTI R5 – with his title challenge beginning at the opening round of the 2021 series, the Neil Howard Stages at the Oulton Park Circuit in Cheshire on Monday 31 May.

This year’s BRC campaign marks Osian’s return to full time top-level competition for the first time since 2017, when he scored maximum BRC points on the Ypres Rally and led the series at the halfway point, before mechanical issues denied him the chance to fight for the title in the second half of the season.

The 28-year old Machynlleth born driver has twice finished runner-up in the BRC (in 2013 and 2014) and third once (in 2012), each time driving a Citroën DS3 R3 – yet despite some great performances and top results, he has never won the title.

Osian had planned to contest last year’s BRC, but Covid-19 restrictions forced the suspension of all motorsport events in the UK after he’d finished second on the Cambrian Rally in a Hyundai i20 R5.

Because of the pandemic, Osian has only contested one exhibition event in the Melvyn Evans Motorsport-prepared and run Polo GTI which he’ll campaign this year – finishing second (co-driven by Jess Hockly) on the 2020 Goodwood SpeedWeek Super Special Stages.

The forthcoming Neil Howard Stages will be the first time that a round of the BRC has been held exclusively at a racing circuit venue, which will use both sections of the track and a network of perimeter and infield roads. With over 140 cars on the entry list, including around 30 R5 cars, it won’t be an easy event – especially as Osian’s only experience of Oulton Park is sitting on the spectator banking watching British Touring Car Championship racing!

The event will also be Osian’s only second rally with Irish co-driver Noel O’Sullivan beside him and his first on the latest spec Michelin rally tyres, having swapped tyre supplier for the delayed start of the 2021 BRC season.

“It’s nice to be back competing in the British Rally Championship with a good car, great team and the right support,” says Osian.

“The competition is really strong this year, and when I looked at the revised calendar it had all the events that I’d really like to contest, so I thought why not register and have a proper crack at the BRC again.

“I’m looking forward to competing in the Volkswagen Polo GTI R5. I’ve only done an exhibition event at Goodwood in the car, but it felt great and I was able to settle into it quickly. Oulton Park will be a case of familiarising myself with everything again, getting acclimatised to the new Michelin tyres and doing the very best we can. After that, I’m really looking forward to driving the Polo in the forests and on the closed asphalt roads of Mull and Ulster.

“Having led the BRC, and finished runner-up twice and third once, it would be nice to win the title. It won’t be easy, but winning is what we’ll be aiming to do this year.”

On each round of the BRC, Osian will have a showcase title sponsor – and Rocked-!T, an independent helmet bag and custom made accessory case manufacturer, will take centre stage at Oulton Park this Bank Holiday weekend.

“Rocked-!T is delighted to be partnering with Osian for his 2021 British Rally Championship campaign,” says Nick Underwood, Rocked-!T Marketing Director. “We are a family business and are thrilled to be welcoming Osian to the Rocked-!T family. Rallying pushes drivers and cars to their limits on mud, gravel and Tarmac and Rocked-!T can’t wait to be there for every challenge. With our motorsport luggage range by Osian’s side, he can focus on winning rallies and taking home the Championship title.” 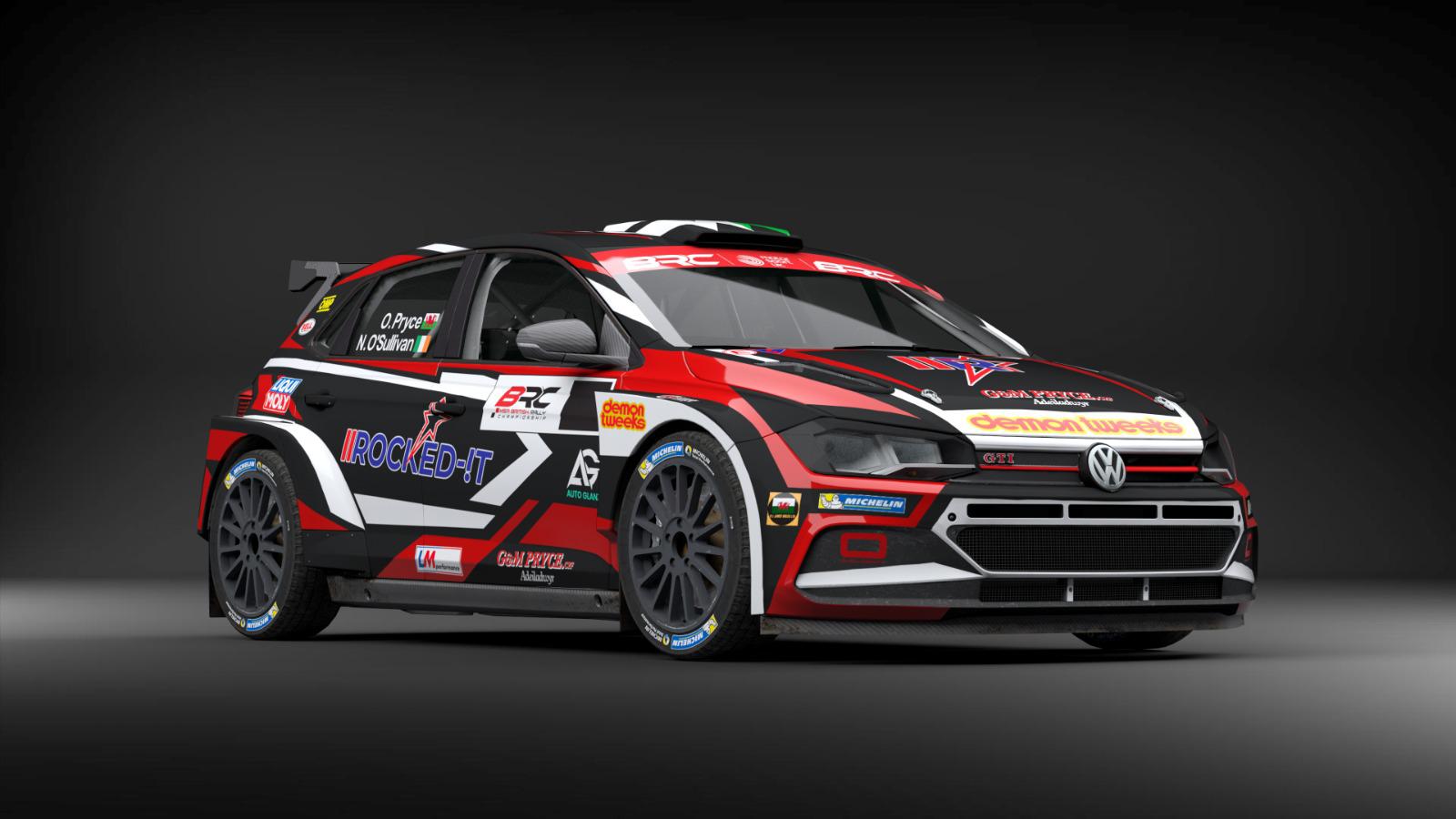 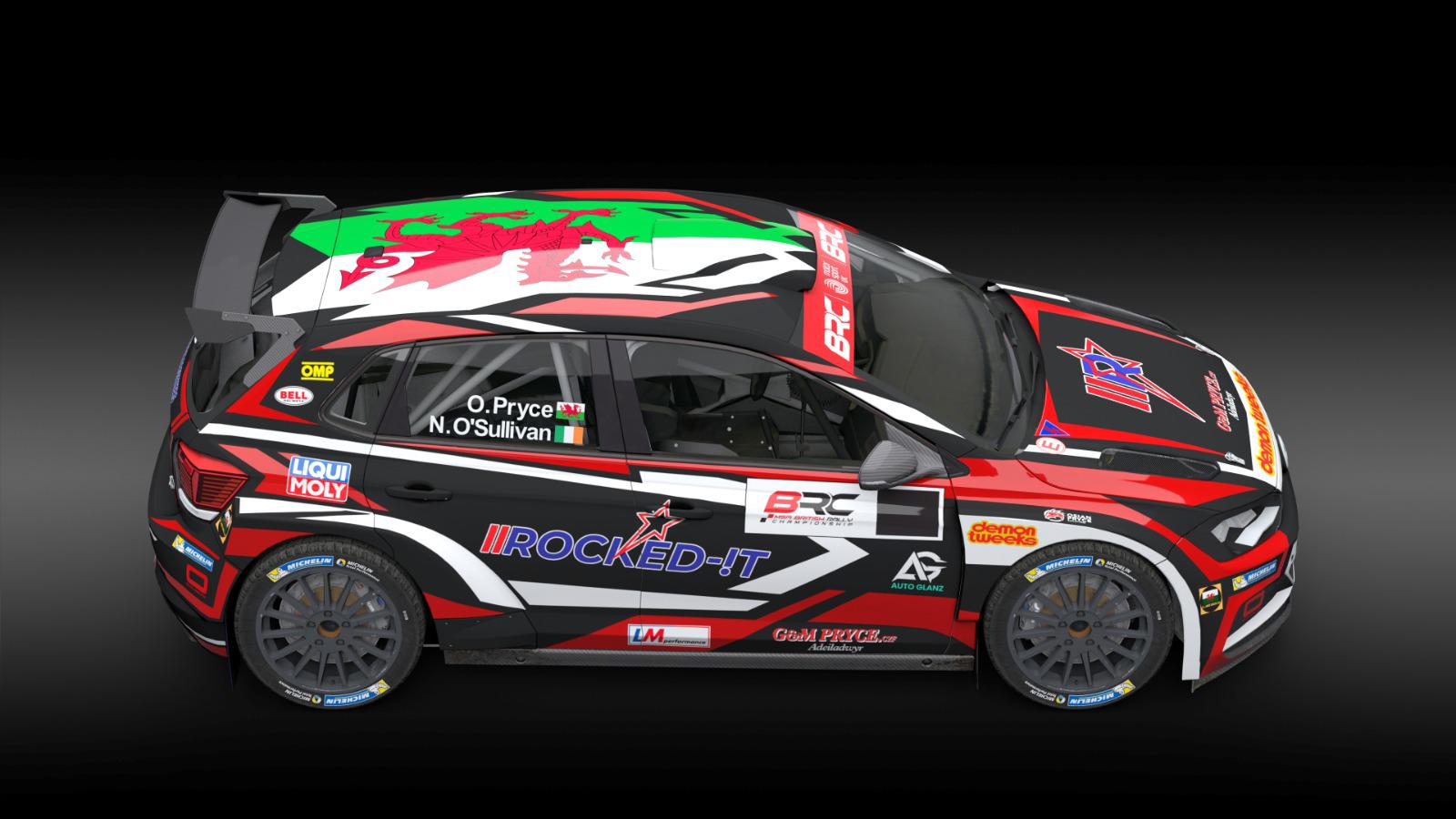 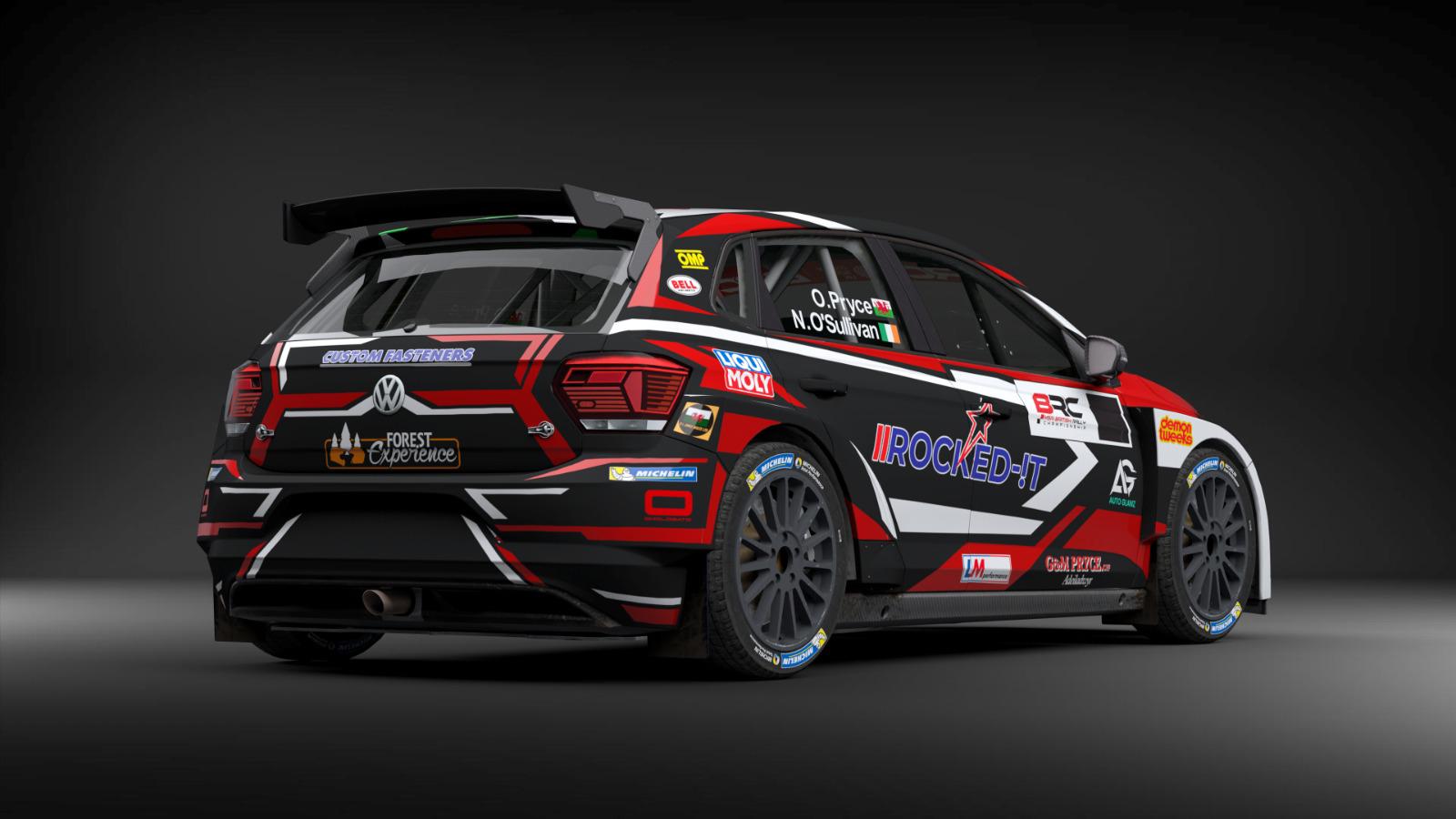 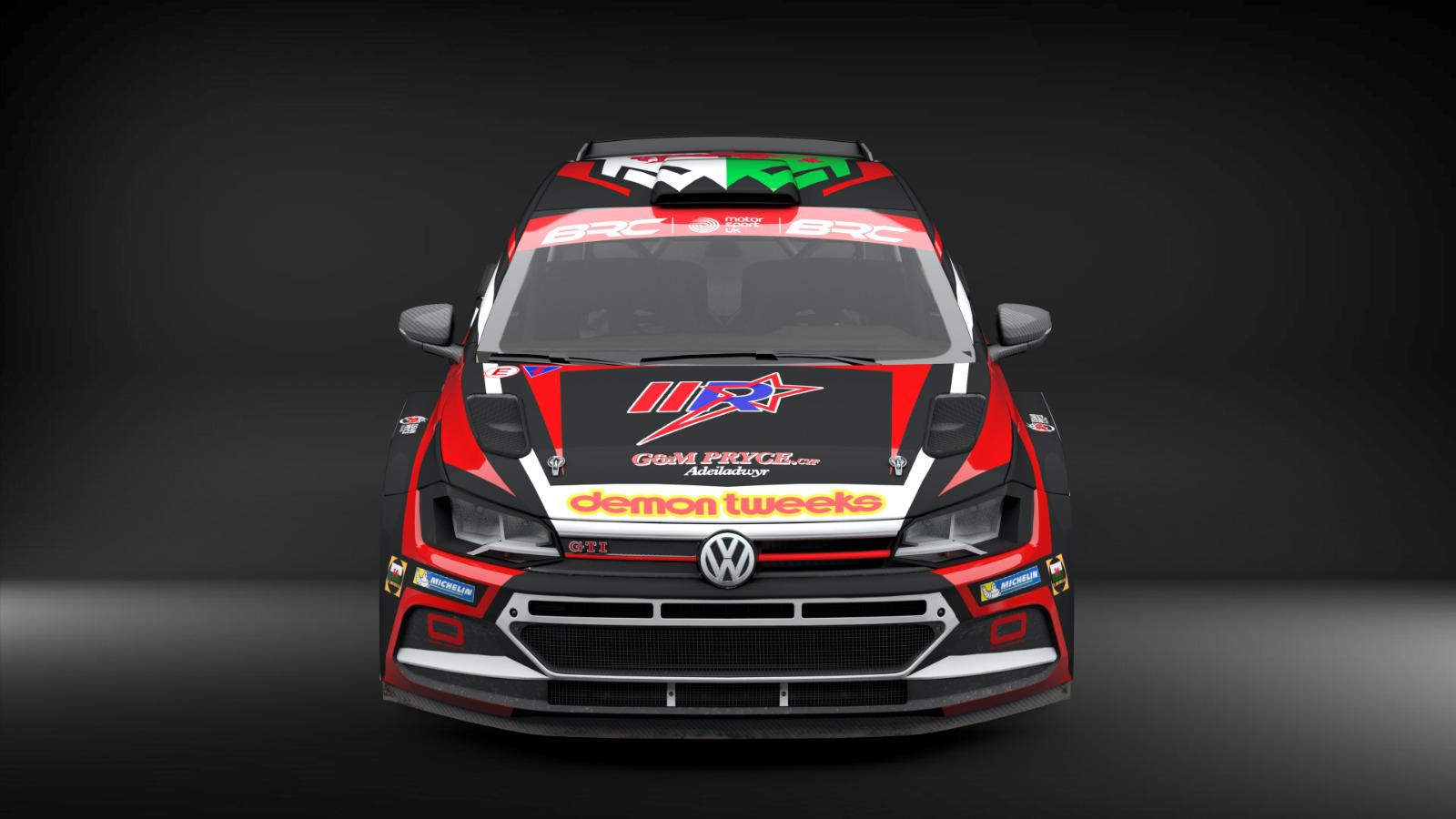 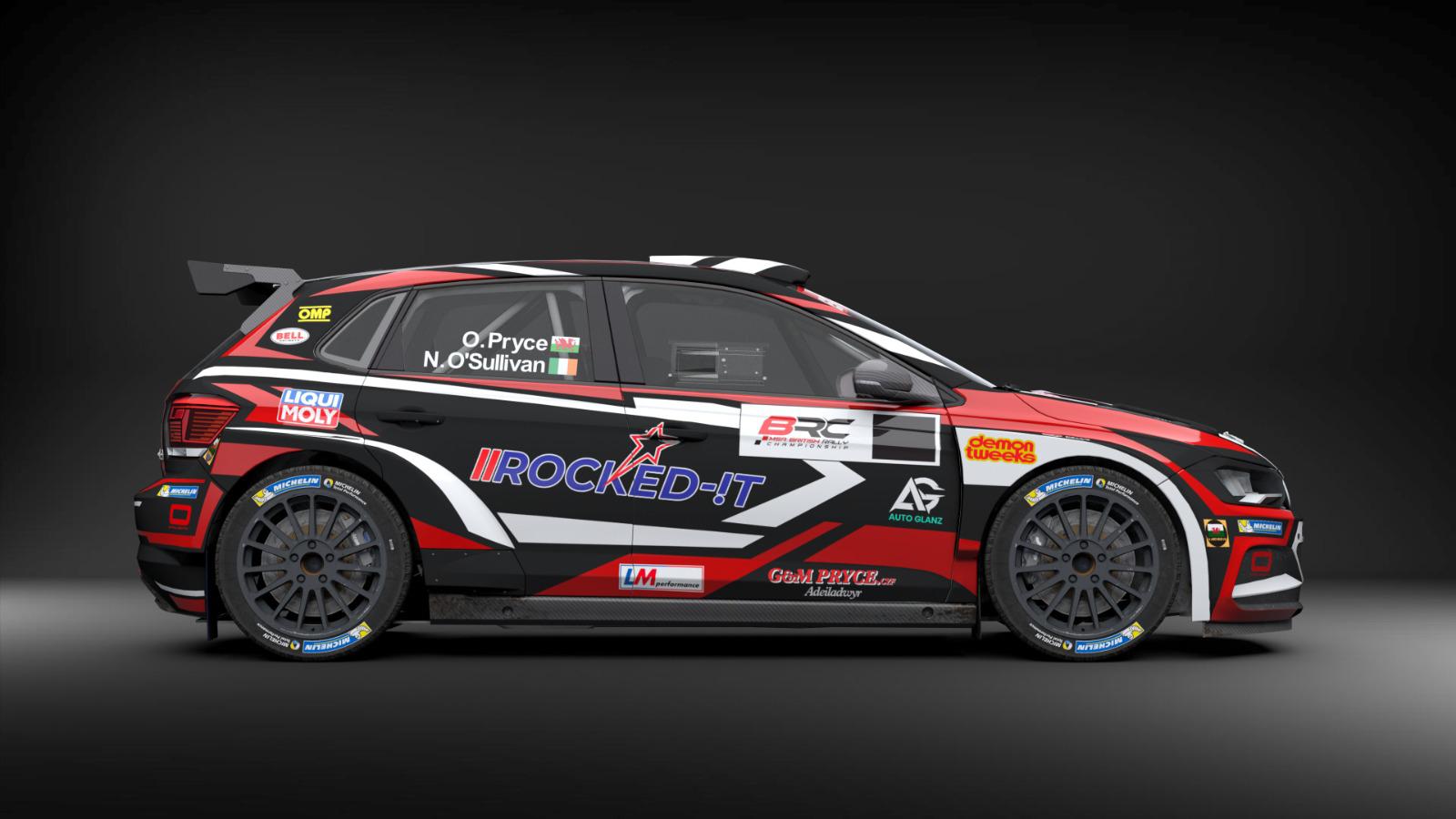