Osian Pryce recorded the fastest time on all five of the Red Kite Rally stages in the Vale of Neath to win the two-wheel drive section of the event in an Escort Mk2 – and in doing so scored his first win in a rear-wheel drive car, to add to victories already achieved in front- and four-wheel drive machinery.

Co-driven by Dale Furniss, Pryce flew through the opening Crynant test to open up an 18 second lead, despite running first on the road in the G&M Pryce/Pirelli-backed car and sweeping the worst of the loose gravel. By the time he returned to first service in Resolven after SS2, his lead had increased to 22 seconds, even after a half spin near the end of the stage. The 25-year old Machynlleth-born driver then put in a storming run through Margam to head into the final two stages with a comfortable 56 second advantage.

On one of the hottest days of the summer, Pryce didn’t cool his pace towards the end and instead maintained an unbeaten number of fastest times in the RallyXtreme-run BDA-engined Escort Mk2 with quickest time on stages four and five to come home 1min 25sec ahead of Paul Barrett/Will Rogers. Steve Bennett/Osian Owen were third, a further nine seconds behind, to make it an Escort Mk2 podium lockout.

Osian said: “I’ve won a rally in a four-wheel drive car, in a front-wheel drive car and now in a rear-wheel drive car, so I’ve got the full set and I’m very happy! It’s been a good day. It was nice to start as car number one again and it was nice to rally somewhere new. The first stage this morning was one of the nicest stages I’ve driven in a long time – it really suited me and the car and we just had a ball in there to be honest. That set us up nicely for the rest of the day, which turned out to be a very enjoyable, trouble-free, good fun rally.” 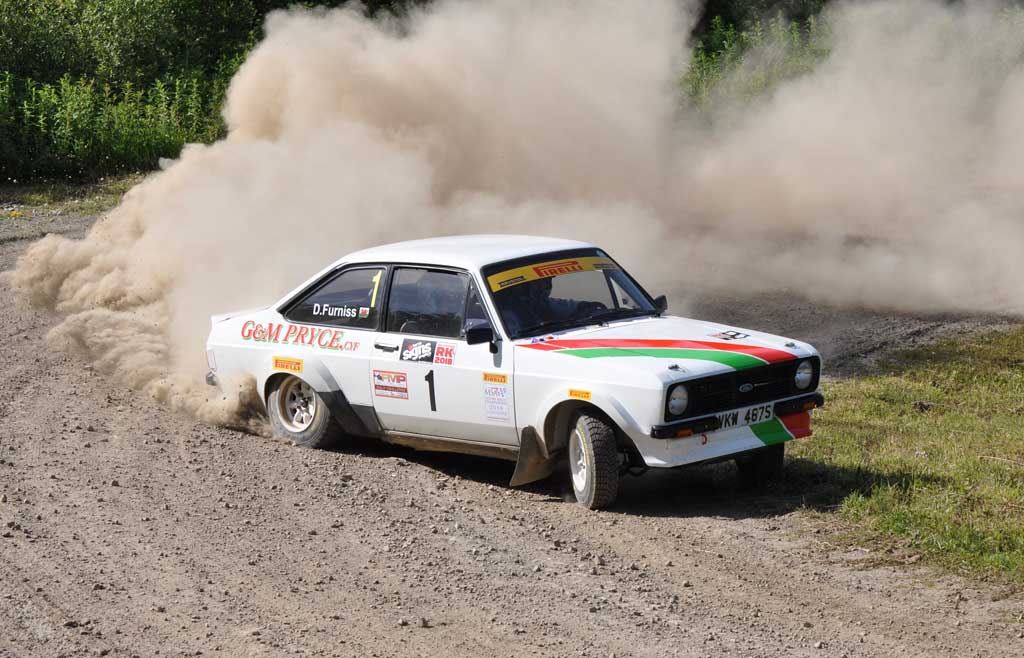