Osian Pryce says that he is fully focused on continuing to close the gap at the top of the British Rally Championship, and recapture the lead as soon as possible, when he contests this weekend’s Voyonic Grampian Forest Rally (Saturday 13 August).

Osian and co-driver Noel O’Sullivan finished runner-up in the event last year, and as the highest placed returnees they have been seeded at number one and will start first on the road in their Melvyn Evans Motorsport-prepared Volkswagen Polo GTI R5.

The crew arrive in Banchory on fantastic form, having won two out of the three rounds of the BRC so far this year – including a dominant performance last time out on the Nicky Grist Stages, held in the similarly challenging loose surface gravel stages of the mid-Wales forests.

This will be Osian’s third appearance in the fast and flowing forest stages of Aberdeenshire – after he won his class in a Citroën DS3 R3T on the 2013 Granite City Rally and finished runner-up on the 2021 Grampian Forest Rally.

Having won the Corbeau Seats Rally Tendring & Clacton, Osian lost the lead of the 2022 BRC after being disqualified from the Jim Clark Rally (for driving along a closed road stage on a puncture). Having been 18 points behind series leader Keith Cronin, victory on the Nicky Grist Stages sees Osian start the Grampian Forest Rally just 11 points behind – and determined to close the gap still further.

The scores to drop rule might still work in his favour come the end of the season, but for now taking another maximum BRC points score is all that Osian is focused on – as he starts the 101st rally of his career.

“I was grateful to have a good shakedown in the Volkswagen Polo on a gravel test road in west Wales this week – and I’m happy with how the car feels ahead of this weekend’s Grampian Forest Rally,” said Osian.

“Now the focus is one hundred per cent on this weekend’s event, which after a good run there last year is another round of the British Rally Championship that I’m really looking forward to.

“We’ve prepared as well as we can, although there are some questions heading into this weekend that we won’t know the answers to until we get into the event.

“It’s nice to be car number one, but from doing the rally last year I know that running first on the road could be tricky because the road surface is quite loose. That said, it’s sometimes an advantage to have a clear road ahead of you because when we started the last stage of the Nicky Grist Stages first on the road, and without any dust whatsoever, we found that running in clean air was much better.

“It’s going to be hot too, so we’re mindful of excessive tyre wear and the importance of having to manage the rubber over a loop of three very fast and flowing stages. We did the best we could on the Nicky Grist, and after a similar number of stage miles there wasn’t a lot of life left in the tyres towards the end of a loop and traction was becoming an issue.

“The stages near Banchory are nice and suit my driving style. I don’t know them well and pretty much all of them are run in the oppositive direction to what they were last year. But at least we have a good feel for the area having rallied there twelve months ago and we’ll give it our best shot.

“As always, the recce is going to be super important. Only then will we have a proper indication of what the conditions are going to be like this weekend.

“But we’re going there to do our best, just like we always do – and with the aim of continuing to close the gap at the top of the BRC standings, and recapture the series lead if we can.”

Osian will lead the field away at the start of the Stonehaven and District Motor Club-organised event when he leaves the ceremonial start at 08:40 on Saturday morning. Ahead is 43 flat-out stage miles in Durris, Fetteresso and Drumtochty forests, before the finish at Milton of Crathes at 16:20. 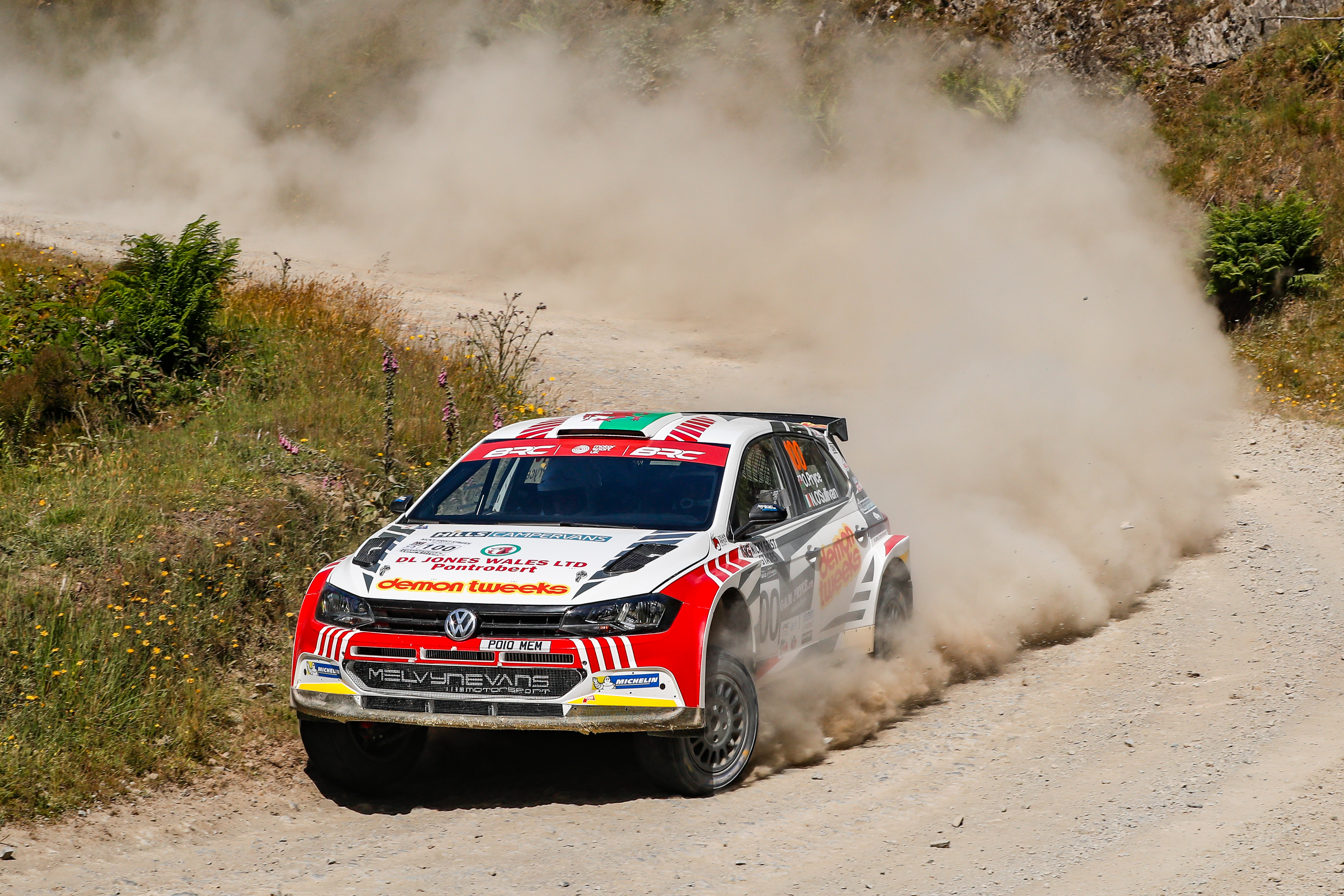