Osian Pryce heads to the penultimate round of the British Rally Championship, the Trackrod Rally Yorkshire (23/24 September), intent on increasing his lead at a crucial point in the series.

The 29-year old Machynlleth-born driver is enjoying one of his best BRC campaigns – the combination of experience, speed and a second year in his Demon Tweeks-backed Volkswagen Polo GTI R5 paying dividends.

He has scored maximum BRC points on three rounds so far (Corbeau Seats Rally Tendring & Clacton, Nicky Grist Stages and Rali Ceredigion) and finished second on the Grampian Forest Rally. Had it not been for a zero points trip to the Jim Clark Rally, Osian would already have one hand on the trophy – yet instead, he’s had to launch a precision fightback to regain the lead of the series.

This consistently fast and inch-perfect approach means that Osian arrives at the Trackrod Rally seven points ahead of his nearest BRC rival Keith Cronin, having already dropped one of his mandatory two scores and with his bonus points scoring Joker still to play.

Osian has an excellent record on the Trackrod. He won the event in 2013 (driving a Citroën DS3 R3) and has finished runner-up twice – narrowly missing out on victory in 2014 when a tiebreak decider went against him by just 0.1 seconds, and again last year when he was denied a win by 0.8 seconds after a storming drive in his Melvyn Evans Motorsport-prepared and Michelin-shod Polo GTI R5.

Partnered by Noel O’Sullivan, who leads the BRC co-driver’s category, Osian is looking forward to returning to the Yorkshire forests, where a continuation of his excellent run of form will strengthen his challenge for his first BRC title.

“I’ve always enjoyed competing in the Yorkshire forests and always gone well on the Trackrod, so that gives me a lot of confidence heading there leading the British Rally Championship,” says Osian.

“It’s great that the event starts again at night because driving at speed through a forest isn’t something you do very often these days and it was a challenge that I always looked forward to on Wales Rally GB.

“That said, last year I made a bit of a shambolic start – overshooting a T-junction in Dalby forest and stalling the engine as we tried to reverse off a bank. We lost around twenty seconds, but we were happy with our pace after that and regained almost all the lost time by the end of the event – although that small mistake did ultimately cost us victory.

“There will be no margin for error this time. We know that another good result could be crucial in our battle for the British Rally Championship title, and everything must be fast and inch-perfect. We’ve achieved exactly that a few times this year and all the focus now is to do it again in Yorkshire.”

This year’s Trackrod Rally Yorkshire follows a similar format that was introduced last year, with approximately 57 stage miles in the legendary North Yorkshire forests, of which around 45 miles are single use. The first car leaves the start in Filey at 19:01 on Friday 23 September, followed by a blast in the dark through Dalby forest. The Trackrod Motor Club-organised event re-starts the following morning from the NY500 Café near Pickering, with daylight stages through the nearby Dalby, Langdale and Cropton forests, before the ceremonial finish at The Beach in Filey at around 15.00. 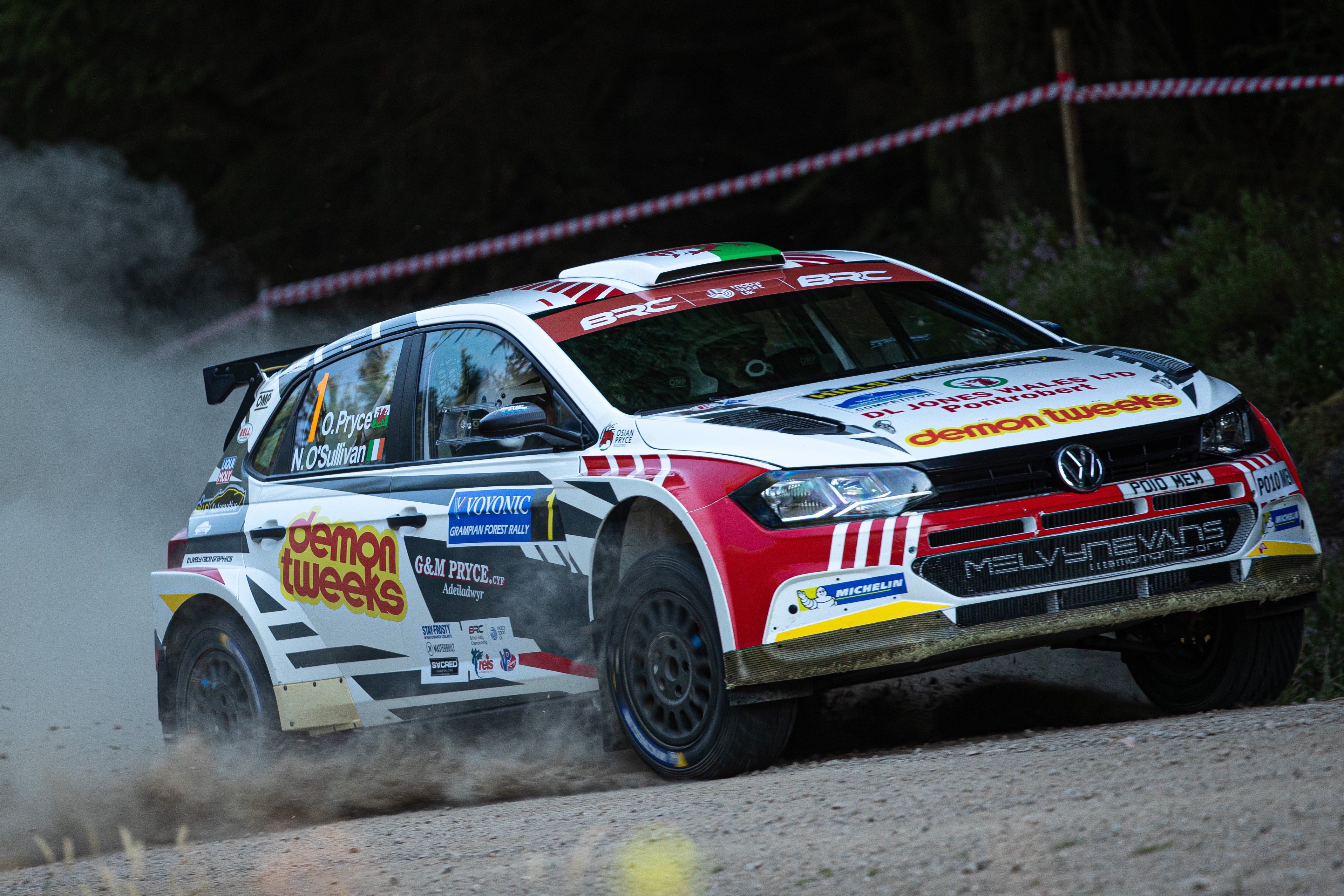